For the very first time holy doors will be opened in every Catholic cathedral in the world for the year of mercy which will commence from Tuesday 08th of December, 2015.
This is scheduled to take place on Sunday December 13th after the holy doors of  St John Lateran (the Cathederal Church of Rome) is opened on December 8th to commence the Year of mercy. This was announced by Archbishop Rino Fisichella, president of the Pontifical Council for the Promotion of the New Evangelisation. According informed that pilgrims must need to register online before being allowed to pass through the Holy Doors at St Peter’s Basilica when it will open at the event on Tuesday. Fill the form here.
The ceremony will, according to the Vatican Television Centre, be broadcast with greater clarity than any other papal event in history.

The CTV broadcaster said it had upgraded its equipment with ULTRA HD and 4K technology and will provide an “immersive” experience for viewers.

The celebration on Tuesday will also mark the 50th anniversary of the conclusion of the Second Vatican Council.

It will begin with readings from taken from the four conciliar constitutions (Dei Verbum, Lumen gentium, Sacrosanctum concilium e Gaudium et spes) along with two passages taken from, Unitatis redintegratio on ecumenism and Dignitatis humanae on religious liberty. 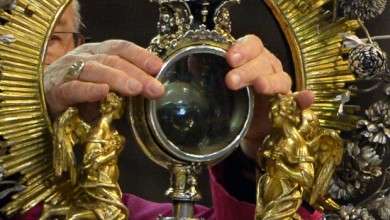