The Holy Face of Jesus Christ allegedly appeared on a Eucharistic host at Christ the King Church, Vilakkannur, a parish in Kerala, India. The parish, also part of the Syro-Malabar Archdiocese of Tellicherry, recently sent the host to Rome for scientific evaluation.

Thousands came to the parish to venerate and view the host.

According to an Indian news source, “The district administration had to intervene as the crowds blocked the road to Paithalmala, a major tourist place in northern Kerala.”

However, three days after the alleged miracle occurred, the diocese took the host for scientific evaluation. They later returned it to Christ the King parish for veneration.

The diocese said the host “should be kept on a specially arranged place on a side altar along with other relics in the church,” and cannot be stored on the main altar or used for Eucharistic adoration.

A statement on the alleged miracle’s official website says, “The Theological Commission of Syro-Malabar Church made a detailed study of the miraculous incident as per the guidelines of the Holy See and declared that the Eucharist is a Relic of Divinity.

“On Sept. 21, 2018, Mar George Njaralakatt ceremoniously placed it on the side alter of Christ the King Church, Vilakkannur, for prayers and reverence. Many people received miraculous blessings by praying before the relic.”

Here’s photos of the alleged miracle below:

Christ the King Church held a special Mass and said prayers on Jan. 10 before sending the host to the apostolic nuncio.

“We are sad that has gone from us, but at the same [time], we are eagerly waiting to hear the good news,” Payikatt told the news source on Jan. 13.

Payikatt also said “hundreds of people” came “to pray in the parish over the past six years,” and that “the phenomenon had brought considerable changes in the parishioners’ spiritual and social lives.”

The archbishop also asked the parish to document “signs and supernatural” occurrences resulting from the alleged Eucharistic miracle. The International Theological Commission also studied the host, saying the Church could approve the miracle. 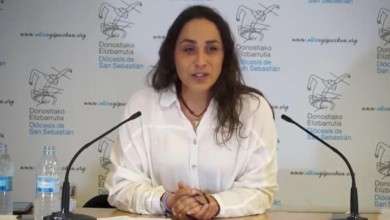 This former abortion nurse encountered Christ through the Missionaries of Charity