Melissa Villalobos spoke to our podcast, CNA Newsroom, for our Cardinal Newman episode, which can be found here. This article is an adaptation of that conversation.

When Melissa Villalobos first heard about Cardinal John Henry Newman, she had no idea the pivotal role he would play in her life, nor the pivotal role she would play in his cause for sainthood. The Catholic wife and mother from Chicago stumbled into a show about Newman on EWTN “just by accident” in 2000, while she was getting ready for work and ironing her clothes. She was struck by what the show had to say about him.

“These priests and scholars were talking about him and his life and what a holy man he was, and what a tremendous influence he had on the church and on other people in his life,” Villalobos told CNA.

“I was really taken by it and I thought, ‘This man is so amazing,’” she said. But it wasn’t until a year later, when her husband brought home two holy cards of Cardinal Newman, that Villalobos’ devotion to him really began.

She displayed one of the cards in the living room, the other in her bedroom, and “I would pass by his image every day, and I would look into his eyes and I would pray to him and I would just talk to him as a mother,” she said. “And I felt like his expression was matching my emotions at the time. If I felt sad for some reason he looked sympathetic, if I felt joy, he looked pleased, and I just felt like we were really living life together,” Villalobos recalled. She invoked Cardinal Newman often, and considered him one of her closes spiritual friends. Eventually she started looking up his writings online, and described the experience like “finding gold in the backyard.”

“He was every bit as holy and loving as I had suspected he was by looking at his face. He had such a tremendous affection for ordinary people, which I discovered by reading his letters, and I felt like I could be one of those ordinary people in his life.”

Born in 1801 in London, John Henry Newman was originally an Anglican priest before his conversion to Catholicism in 1845 at the age of 44. He would soon become a renowned Catholic priest, theologian, poet, homilist, and, in 1879, a cardinal. His works are considered among the most important contributions to the thought of the Church in recent centuries.

His conversion to Catholicism was controversial in the birthplace of Anglicanism, and he lost many friends as a result, including his own sister, who refused to speak to him again. Newman was also a devoted educator and founded the Oratory of St. Philip Neri in England in two locations. He died in Birmingham in 1890 at the age of 89. The Vatican announced his Oct. 13 canonization date in July. The more Villalobos learned about Newman, the closer she felt to him, and she would eventually come to rely on his intercession in a major way. In 2013, more than a decade after first hearing about Newman on EWTN, Villalobos was pregnant with her fifth child and was experiencing serious complications. In her first trimester, Villalobos started bleeding continuously, and she learned she had a condition called subchorionic hematoma, a blood clot between the placenta and the uterine wall that causes the placenta to be “partially ripped and detached from the uterine wall.” “It was a life-threatening problem because I could hemorrhage to death,” Villalobos recalled.

The prognosis was grim. There was no cure to be found in medicine or surgery. Villalobos was ordered to be on strict bed rest to give her baby the best possible chance. She did the best she could, but Villalobos was still caring for her other four young children in the meantime. On the morning of May 15, less than a week after being diagnosed with the condition, Villalobos woke up in a pool of her own blood.
With her husband away on a work trip, Villalobos debated when she should call 9-1-1. She decided to give her kids some breakfast first, and then she locked herself in the bathroom to figure out what to do. But by then, Villalobos had lost so much blood that she collapsed on the floor.

“Unfortunately though, somehow I did not have my cellphone with me,” she recalled. “I couldn’t believe it.”

She considered shouting for one of her kids to bring her phone, but worried that the shouting would cause more bleeding or a miscarriage. Desperate, she called out to her old friend, Cardinal Newman. “I said, ‘Please Cardinal Newman, make the bleeding stop.’ And just then, immediately it stopped. And I stood up and I smelled roses that filled the bathroom air.”
The smell of roses is often considered the “scent of holiness”, with many stories of saints leaving a rosy scent in places where they have intervened in prayer. “And I said, ‘Oh Cardinal Newman, did you just make the bleeding stop? Thank you!’ And then there was this second burst of roses. And I knew I was cured, and I knew Gemma my daughter was ok,” Villalobos said. Villalobos had an ultrasound scheduled for that afternoon, and the doctor found what Villalobos attributes to Cardinal Newman’s intercession: the bleeding had completely stopped.

“The doctor saw that there was no more bleeding and he was amazed, and he said, ‘the baby looks perfect.’”

It was vastly different than Villalobos’ previous experience in the pregnancy.

“The doctors (had) said you will probably miscarry if you’re lucky, the placenta could barely hold up to the third trimester, and she’ll be born but she’ll be really small and she’ll have medical problems,” Villalobos recalled. “Thanks be to Cardinal Newman and to God that I was cured and Gemma was born completely healthy.”

Villalobos said she waited until after Gemma was born to report the miracle to Fr. Ignatius Harrison, the postulator for Newman’s cause for canonization. After receiving her letter, Fr. Harrison came to Chicago to meet with Villalobos, her husband, Gemma, and the doctors. He examined medical records and conducted interviews, and told Villalobos to keep the potential miracle a secret until it could be investigated by the Vatican. She got brief updates about twice a year, she said, but for the most part, she did not really know how the cause was advancing, she just prayed with her family that Newman would soon be canonized.

Then in February 2019, Villalobos received the news that Pope Francis signed the degree recognizing the miracle.

“I’m surprised at how many people tell me that they’re happy to know that God still performs miracles,” Villalobos said, “I’m glad they know that. I feel like I’ve known that, and I want other people to know that God has never abandoned us. I know it’s hard to believe in miracles because we don’t always get what we want, but we know that God the Father in his love always gives us what’s best for us.” Villalobos, Gemma, and the rest of the family traveled to Rome to be there for Newman’s canonization, which will take place this Sunday.

“I just love him dearly and I hope that anybody who needs help, whether you’re a mother, or a student…or a convert, he can really touch the lives of so many people. I just hope they’ll reach out to him and see a friend in him. He’s so loving and amazing.” 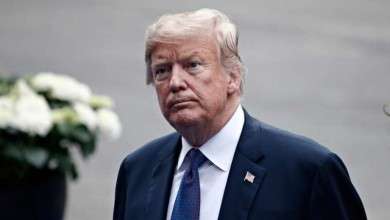