‘God may speak to us through Russian Communism, through a flute concerto, through a blossoming shrub or through a dead dog. We shall do well to listen to him if he really does so.’
This famous remark by the Swiss Calvinist theologian Karl Barth – not otherwise renowned for his zippily quotable quotes – came forcefully to mind earlier this week. Despite having remembered it since my undergraduate days, I can’t say it’s something that I’ve ever really thought about.
Until, that is, I began relistening to one of Bob Dylan’s more obscure albums.
As even his most loyal fans will readily concede, Dylan’s albums have not always scaled the fullest heights of his capabilities. Knocked Out Loaded or Down in the Groove are not, to put it mildly, in the same league as Blood on the Tracks or Time Out of Mind. (Though to be fair, what is?)
That a person might be coaxed towards the divine by the full creative powers of a Dylan or Taylor Swift is hardly controversial.
Indeed, this is precisely the via pulchritudinis, or ‘way of beauty’, so beloved of Benedict XVI (citing different examples, admittedly). But that an unbaptised atheist might feel the first stirrings of a genuinely religious feeling through listening to, well, the musical equivalent of a Barthian ‘dead dog’… Well, that takes a bit more explaining.
Dylan released Saved in 1980, in the midst of a brief-but-fervent born-again period. Unlike the earlier Slow Train Coming, Dylan’s second gospel album is traditionally savaged by critics. In one ranking of his thirty-odd studio albums, it comes second-from-bottom. In another, it features dead last: ‘Dylan’s nadir’.
While I genuinely think these assessments are unfair – there are far, far worse Dylan albums – Saved’s artistic (de)merits are not my concern here. And in fact, it’s not actually the music that people find most off putting about the album.
Far more so than his other Christian albums, Saved combines a stark theological vision with a more-bracing-than-Skegness mode of expressing it. For instance, one is barely three-and-a-half minutes in before being smacked in the face with this lyric from the title track:
He bought me with a price,
Freed me from the pit,
Full of emptiness and wrath
And the fire that burns in it.
I’ve been saved
By the blood of the lamb!
Elsewhere, he testifies that ‘For me He was chastised, for me He was hated, For me He was rejected by a world that He created’, preaches that ‘There’s only one road and it leads to Calvary’, and gives thanks to his Saviour for having ‘chosen me to be among the Few’.
Now, forget the theological nuances here for a moment. When I first listened – really listened, at least – to these songs, I was a teenaged unbeliever, who had accidentally ended up studying Theology at university. True, I was reading the gospels for the first time. But I was also dissecting them each week, aided by the classic historical-critical exegetes on our first-term reading lists.
Meanwhile, the theological worldview of Saved – of cosmic drama, life-or-death choices, costly discipleship (‘I know all about poison, I know all about fiery darts; I don’t care how rough the road is, show me where it starts’) – was like nothing I’d ever encountered before. I recall being moved, genuinely if fleetingly, by some of its songs – ‘Saving Grace’, in particular.
At the time, true enough, none of this seemed terribly significant. It precipitated no sudden conversion experience; far from it. In fact, I’d almost forgotten about it all until this week. I stuck the album on again, for no particular reason, and some of those same religious stirrings came flooding back – stronger this time, or at least more readily recognised.
With the benefit of hindsight, I realise now that ‘Dylan’s nadir’ probably played a critically providential part in my eventual coming to Jesus. While I’ve tended to narrate my conversion primarily as a combination of intellectual (years of philosophy and theology) and social (drinking with Dominicans, mostly) factors, I’ve overlooked other – subtler, more emotional – ones… that ‘restless heart’ that St Augustine knew so well.
In his gospel-era live shows, Dylan used to improvise apocalyptic, fire-and-brimstone sermons – often enough, while being heckled by his own fans. In one of them, he remarks ironically:”Years ago they … said I was a prophet. I used to say, ‘No I’m not a prophet.’ They say ‘Yes you are, you’re a prophet.’ I said, ‘No it’s not me.’ They used to say ‘You sure are a prophet.’ They used to convince me I was a prophet. Now I come out and say Jesus Christ is the answer. They say, ‘Bob Dylan’s no prophet.’”
Aged eighteen, there was only one conceivable way I could be tempted to give a hearing to a full-blooded proclamation of the Christian kerygma: if it was on a Dylan CD. And even then, that’s only because listening to Dylan CDs – any Dylan CDs, all the Dylan CDs – was simply what I did.
Nevertheless, it was enough to make Bob Dylan a prophet to me.
by Stephen Bullivant 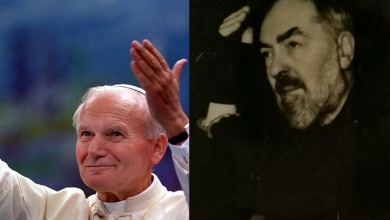 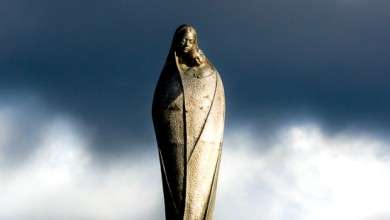 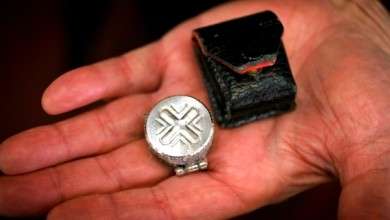