How do I answer a Fundamentalist friend of mine who insists he knows Revelation is speaking about the present Middle Eastern situation? He claims his pastor has it all figured out.

Remind him that others have thought similar things and have made predictions about how things were supposed to unfold and yet were absolutely wrong. For example, Pat Robertson, former presidential candidate and host of the “700 Club,” once taught there were clear signs in the Bible that the Soviet Union would invade Israel in 1982. Of course, this didn’t happen.
Hal Lindsey, author of The Late Great Planet Earth and father of the contemporary end-times mania, also has made prophetic gaffes. For years Lindsey hinted that the rapture (Jesus’ coming to take the Church to heaven before the last seven years of the current age) would occur in 1988. When this didn’t happen, he then claimed he not only had never said the rapture would happen in 1988 (which is true), but that he hadn’t even implied it (which isn’t true).
Then there’s Edgar C. Whisenant, who also claimed he had cracked the biblical code and had unlocked the time table in his book 88 Reasons Why the Rapture Will Be in 1988. He too was proven mistaken.
And what about all the other Bible prophecy scenarios outlined by Fundamentalist preachers in the last 50 years? Ask your friend why you should think his is any different from these other (erroneous) interpretations.
During World War II many radio preachers (yes, they had them back then) were convinced Hitler was the Antichrist and Mussolini (or perhaps FDR) was the False Prophet (Rev. 16:13). These folks produced all sorts of biblical texts to prove their statements, yet they were all wrong. The moral of the story is that we should be careful about interpreting a highly symbolic and apocalyptic book such as Revelation and not be so quick to claim our views represent “the sure word of prophecy.” As for refuting your friend’s current view, time will take care of that.

What Did Pope Paul VI Predict Would Be the Effects of Contraception? 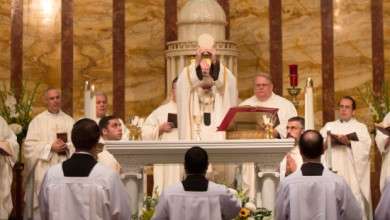 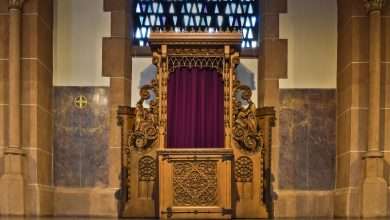