As the West pushes dangerous contraceptive drugs on African women, the author stands up for their dignity.

As I tried to catch up on the latest news on Africa, I stumbled upon the recent joint announcement  of Pfizer Inc. the Bill & Melinda Gates Foundation and the Children’s Investment Fund Foundation (CIFF) to expand access to Pfizer’s injectable contraceptive, Sayana® Press (medroxyprogesterone acetate), for women in the world’s poorest countries. Some of the targeted countries named for this expansive contraception project include Burkina Faso, Kenya, Niger, Senegal, Uganda and my own country Nigeria.

This announcement was immediately picked up and praised by many news agencies in the western world including BBC News where it was described as, “The one dollar contraceptive set to make family planning easier.”

One cannot help but wonder, “easier” for whom? For Ugandan, Kenyan and Nigerian women? Or for the multi-billionaire Pfizer, Gates and CIFF?

Reading this announcement and the related news articles further, I realized that this project is not a new one — rather its inception can be traced back directly to the extensive contraception fundraising project launched by Melinda Gates two years ago during the Family Planning Summit of 2012.All of it seems now to be actualized in this cheap contraceptive device targeted towards the poorest women in the world.
So by sheer determination and will, these wealthy figures — Pfizer, Gates & CIFF, have succeeded in rolling out in the world of the poor, the $1-per-piece device designed to become the prevalent self-injectable contraception of the developing world — the wonder device that will make it all so easy to sterilize millions of women across my Continent.

They claim that this would be the pathway to development as well as the emancipation and elevation of African women.

They tell us that it will give African women control over their lives.

But I dare to ask them exactly how sterilizing the wombs of the poorest women in the world would give them control over famine, draught, disease and poverty. It absolutely will not make women more educated, or more employable. This extensive contraception project will not provide food or safe drinking water for women who submit to it. It will not make African women happier or more satisfied in their marriages. No. It will only make them sterile at the cheapest rate possible.

This is certainly not what the African women have asked. It is not the miracle that our hearts crave amidst the trials and difficulties of Africa. But yet in a world of shocking cultural imperialism, it is what our “betters” have chosen to unleash upon us.

And what is more insidious is that this product being launched is the self-injectable version of the highly controversial Depo-Provera that has been put into question in the developed world after having been shown in various studies to carry dangerous and even lethal side effects.

In October 2011 the New York Times published an article entitled Contraceptive Used in Africa May Double Risk of H.I.V. This article was based on a cohort study by prestigious medical Research journal The Lancet that clearly stated that “the risk of HIV-1 acquisition doubled with the use of hormonal contraception especially the injectable methods.”
And what is most shocking is that this study was partly sponsored by the Gates Foundation and yet after these findings, they have gone ahead to launch this high-risk product in targeted countries of their choice (Uganda, Kenya, Niger, Nigeria and many others) — countries where the women may never be able to raise their voices when the lethal effects set in.

In addition to the HIV-related effects of this product, there is also the doubled risk of breast cancer demonstrated by various studies like the extensive research done by the Fred Hutchingson Cancer Research center in Seattle and published by the National Center for Biotechnology Information (NCBI) in February 2012, with the research team stating clearly after their studies:

“We found that recent DMPA (Depo-Medroxyprogesterone acetate a.k.a Depo-Provera) use for 12 months or longer was associated with a 2.2-fold increased risk of invasive breast cancer.”

In addition to this publication the team also made a compelling press release following their research.

Furthermore, this same product Depo-Provera has been clearly linked to permanent bone density loss and on this very note, Pfizer has had a staggering number of  prosecutions, class-action law suits and out-of-court settlements all to the tune of millions of dollars.

As a direct result of this, the American Food and Drug Administration (FDA) issued a compulsory “black-box” warning on this product that reads :

“Use of Depo-subQ Provera 104 or Depo Provera may cause you to lose calcium stored in your bones. The longer you use Depo Provera, the more calcium you are likely to lose. The calcium may not return completely once you stop using Depo Provera. Loss of calcium may cause weak bones that could increase the risk that your bones might break, especially after menopause. It is not known whether your risk of developing osteoporosis may be greater if you are a teenager when you start to use Depo Provera. You should only use Depo Provera long term (more than 2 years) if other methods of birth control are not right for you.”

This product is flawed. It is dangerous. And from all indications it could be lethal.
And in the developed countries, it has been marked as such.

As an African woman my heart is racing today as I consider this latest collaborative move by Pfizer, Gates Foundation and CIFF.

I think about the full implications and ramifications of this on my people, my sisters, my aunties and my friends.
I think about the poor women in Africa who will have no means at all of filing class-action lawsuits against these giants from the western world.
I think about our sorely inadequate healthcare systems in Africa that are not in any way equipped to deal with the fallout or onslaught of the medical side effects like breast cancer, osteoporosis (bone density loss) as well as increased HIV infection rates, all associated with this contraceptive product.

I cannot help but think about the thousands of African women who will die as a direct result of this $1 per piece product.
Yes, my heart is racing and my mind is reeling as I try to take it all in.

Simply put, this is racism, it is imperialism and it is a form of colonialism where the poor African women are being treated as subhuman subjects to the wealthy and worldly.

Who will speak up for the women of Africa? Who will lament the crass disregard for their well-being? Who will complain about the cruel disrespect with which they are being treated? Who will shed tears for the irreparable damage that could befall them?

I am only one African woman, but from where I stand I choose today to speak up, to lament, to complain and to shed silent tears for my fellow African women, with the hope that by the end of today, my words and tears may reach and
touch the hearts of people of goodwill around the world who will join me in defending the dignity of the African women.

Obianuju Ekeocha  was born and raised in Nigeria. She has a BSc in Microbiology from the University of Nigeria and an MSc in Biomedical Science from the University of East London. She is currently living and working as a Specialist Biomedical Scientist in England. She is a founding member of Culture of Life Africa, an initiative dedicated to the promotion and propagation of the Gospel of Life in Africa through the dissemination of good information, sensitization and education.

‘I will go to hell. Join me,’ says Filipino leader about Catholic backlash 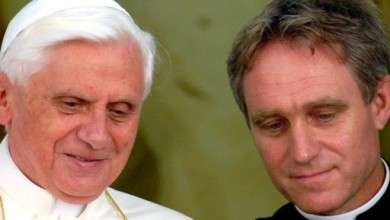 Cardinal Pietro Parolin to stand as witness at 'VatiLeaks' trial