Here is the basic roadmap to the Catholic priesthood and all the steps involved.

Priesthood is a sacred vocation within the Catholic Church, one that is not simply chosen by an individual, but a gift given to them from God. It is not to be confused with a career, but is a profound way of life that forever marks the person ordained.The primary purpose of priests is to share in Jesus’ mission of evangelization, bringing the Gospel to all people. Just as Jesus chose 12 men to share in his unique mission, the Church chooses men who will continue that mission.

The Catechism of the Catholic Church explains, “Through the sacrament of Holy Orders priests share in the universal dimensions of the mission that Christ entrusted to the apostles. The spiritual gift they have received in ordination prepares them, not for a limited and restricted mission, ‘but for the fullest, in fact the universal mission of salvation “to the end of the earth,”‘ ‘prepared in spirit to preach the Gospel everywhere‘” (CCC 1565).

For the purposes of this article, we will not explore the biblical and historical basis of the priesthood, but only the practical steps one takes to become a priest in the Roman Catholic Church.

1. DISCERNMENT OF A DIVINE CALLING

The first step is always discernment. This does not mean the person needs to be 100% certain they are called to the priesthood, but that they need to have a considerable intuition that God may be calling them to the priesthood. Discernment includes personal prayer and discussion with a trusted spiritual director.

Discernment can begin in childhood, or later in life. Either way, discernment normally spans years, though there are rare occurrences when an authentic calling is received in a shorter amount of time.

After careful discernment and consulting a spiritual director, the next step is to contact a local diocese or religious order. The vocation to the priesthood is nearly always specific, being called to serve in a particular diocese, or in a specific religious order. This again takes discernment, but typically someone is drawn to serve as a diocesan priest or is attracted to a religious order, such as the Franciscans, Dominicans, Carmelites or any of the other dozens of religious orders.

After contacting them, there will usually be a vetting period, during which the vocation will be tested to see if it could be from God, or is simply a human desire. The priesthood is not a job, which is why so much emphasis is placed on God’s will, not our own.

In the past the road to the priesthood was rather simple, but in the modern world, all Catholic organizations have an in-depth process of psychological examinations and criminal background checks. This stage is an important part of the discernment process, as it will identify areas that are problematic. Some areas can be improved with proper counseling and growth, while others are impediments to the priesthood. Many men are rejected at this stage for things that happened in their past, or because of unresolved issues that would harm their ability to effectively preach the Gospel.

After these initial stages are completed and the individual is accepted as a candidate for the priesthood, they are given the task of seminary formation. Depending on their age, the individual could be sent to college seminary, where they receive a college education, or a major seminary, where the education is adjusted to their situation. Either way, philosophy and theology remain the primary subjects and provide a basis for a thorough understanding of the Bible and Church teaching.

The average amount of time for seminary formation is 5-8 years, with some religious orders requiring up to 12 years of formation.

This is the most pivotal stage of discernment, as only one third of all seminarians are eventually ordained a priest. Most discover God is not calling them to the priesthood. This is not a failure, but should be considered a gift, as they will often go on to lead successful and fulfilling lives as married or single men.

5. ORDINATION TO THE DIACONATE

Before being ordained a priest, a man must first be ordained a transitional deacon. There are many historical and theological reasons for this, but it is considered the last and final stage of discernment.

It is possible for a transitional deacon to discover he is not called by God to become a priest. This is a rare occurrence, but it does provide one final “out” in case the individual is not feeling at peace with the decision. Typically men are ordained as transitional deacons for a full year before their ordination to the priesthood.

6. ORDINATION TO THE PRIESTHOOD

The last and final step to the priesthood is the actually ordination given by the hands of a bishop. Again, an individual could back out at the last minute, but once they are ordained, they are a “priest forever.” There are occasions where a priest may be removed from active ministry, but at a spiritual level, the sacramental character of Holy Orders, like that of Baptism, is indelible.

As the Catechism states, “The vocation and mission received on the day of his ordination mark him permanently” (CCC 1583). 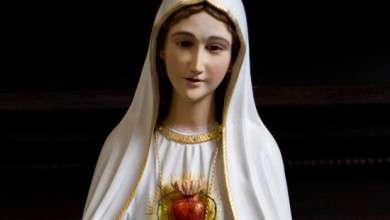 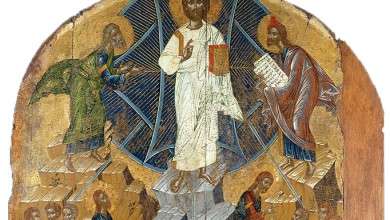 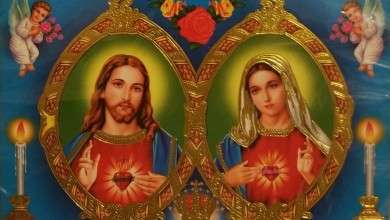 Prayer for this morning (Wednesday, September 29) 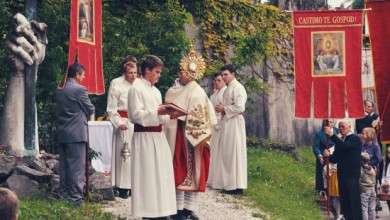 AND TODAY WE CELEBRATE… The Solemnity of the Most Holy Body and Blood of Christ (SUNDAY, JUNE 14)