It’s common today to hear both believers and nonbelievers claim that the existence of God is ultimately unknowable, or at least unprovable. According to this view, we’re left to take a leap of faith, or else to go with the option we think is more likely.

Classical theism rejects this idea completely. It claims to be able to prove the existence of God – to be able to prove, in fact, that He can’t not exist. And what’s amazing is that these theists seem capable of following through on this promise. There are several of these non-probabilistic arguments for the existence of God, but one of the strongest (and most misunderstood) is the argument from contingency. This is presented in St. Thomas Aquinas’ Five Ways in the Summa Theologiae, although Aquinas actually gives a better version of the same argument in the Summa Contra Gentiles.

To see how the argument works, let’s define two of our terms, and then lay out the two syllogisms that get us to a sure knowledge of the existence of God.What Do We Mean by “Contingent” and “Necessary”? For this argument to make sense, we need to define a few terms; namely:

With that in mind, let’s consider the two arguments that bring us to a sure knowledge of the existence of God:Argument I: Something Necessary Exists

In other words, we see contingent things all around us. We see birth and death, both in the literal sense for organic matter, and in the metaphorical sense: we see galaxies come into, and go out of existence, for example.

This should raise a question for us: Why is there something, rather than nothing? After all, seemingly everything we see could not-be. Keep that question in mind.

Under particular circumstances, a tree will exist. But if those conditions aren’t there, the tree will never come into existence; or, if it already exists, it’ll go out of existence. So, for example, if the soil temperature suddenly increased a thousand degrees, your tree would quickly blink out of existence. But this means that the tree isn’t the cause of its own being. If it were, it could never not-be, and would exist necessarily, not contingently.

And of course, this point isn’t limited to trees. It’s true of every contingent being, including you and I, the cosmos, etc. So if you say that X is a contingent being, then some conditions (Y) must exist for X to exist.

If X requires Y to exist, and Y requires Z to exist, you can’t just draw that chain out infinitely. At some point, you must arrive at something that does exist, and isn’t dependent upon something else for its existence.

Another way to approach this question: what conditions are necessary for you to exist right now? We’re talking about the kind of conditions that you literally can’t live without, here are now. And there can’t be an infinite number of them, or you (and everything else) wouldn’t exist.

The branch you’re sitting on may be connected to another branch, but at some point, it needs to meet up with something grounded, like a trunk. You can’t just have an infinite chain of branches dangling in the air. If literally everything is contingent, there’s nothing capable of bringing it from non-existence into existence, or keeping it in existence.

If there’s nothing necessary, you end up with the logically-impossible infinite regress described in step 3. So there must be something that can’t not exist.

Shrewd atheists will sometimes object at this point that this doesn’t prove God. They’re right; at this point, we’ve just shown that at least one thing can’t not exist. That could be God, or gods, or angels, or a Demiurge, or matter, or mathematical laws… or more than one of these things.

So we haven’t proven monotheism yet. But we’ve still made some headway: many of the popular atheistic cosmologies actually fail to clear this first hurdle: they assume a universe in which everything comes about under the right conditions, but don’t have anyway of accounting for those conditions (or hold that those conditions require other conditions, and so on…).

To get from “something necessary” to “God” requires a second line of argumentation.Argument II: God Exists

As Aquinas put it, “every necessary thing either has its necessity caused by another, or not.”    What does this mean? Well, imagine a universe in which there were seven eternal angels. Incapable of being born or dying, they’re in the category of necessary beings. But we’re still left asking, why do these angels exist? The fact that they can’t be born or die doesn’t finish our inquiry, because it doesn’t give an account of their existence. There could just as easily be a universe with a thousand such angels, or none. So the necessity of these angels is caused by something else: some external cause must exist to account for their timeless existence. They’re in category (a).

This is a parallel line of argumentation to what we saw in steps 2-3 of Argument I. If everything depends on something else for its existence, how does anything exist?

Let’s unpack those conclusions, one by one:

What’s brilliant about this is that we’re not left with a probabilistic argument for God. We’re not left saying, for example, “given how complex the universe is, it’s 99% likely that it was designed by a deity” or something. Rather, we’ve concluded to a God that must exist, who literally can’t not exist. And this conclusion both establishes God’s existence, and starts to tell us something about Him.

Of course, it’s important to realize the limitations of our approach. Necessarily, we’re limiting ourselves to what we can know by reason alone. After all, it would be terribly circular to argue that God exists because the Bible says He does, and we can trust the Bible because God inspired it, etc. That restriction really is a handicap, because certain things about God can only be known by revelation. For example, you could never arrive at the Trinity from reason alone. Indeed, if everything about God could be known fully by reason alone, there would hardly be any reason for revelation. So unaided reason gets us to the doorway, to see that there is a God. To find out more about this God, we need to let Him introduce Himself. And quite fascinatingly, when He does so, in Exodus 3:14, it’s as YHWH, “I AM WHO AM.” In other words, what we see in revelation corresponds perfectly to what we concluded to by reason alone: a God who exists by definition, and whose existence accounts for the existence of everything else in the universe.

By the way, I’ve cross-posted this both here and over at Strange Notions, a site dedicated to Catholic-atheist dialogue. Feel free to check out the comments there to see how this piece is received. 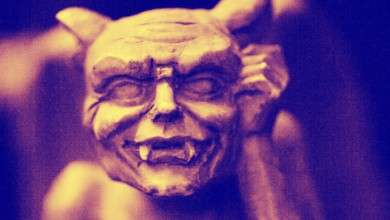 Why no one can safely “dialogue” with demons 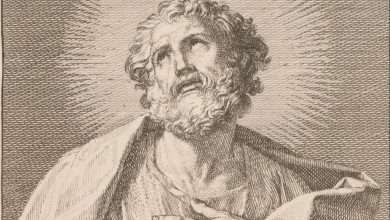 Why St. Joseph is called the “Terror of Demons” 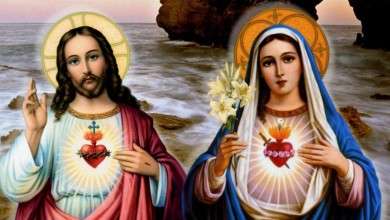