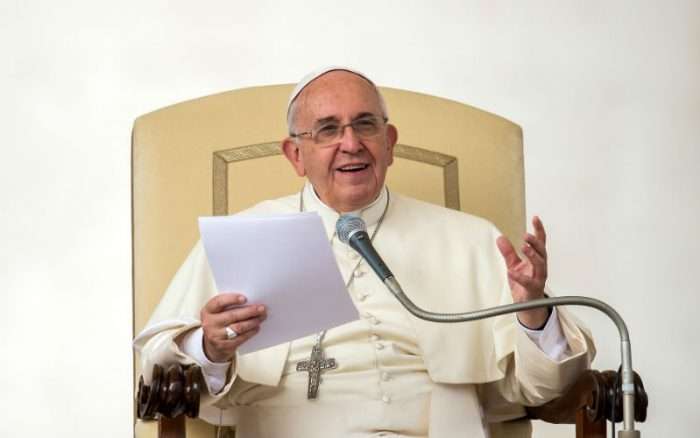 How to Send the Pope a Letter – And Why You Might Get a Response!

Catholic Home » Articles » How to Send the Pope a Letter – And Why You Might Get a Response!

The bishop of Rome is the universal pastor of the whole Church. He’s also traditionally called the Servant of the Servants of God.

Which means you can feel free to try to contact him! Combined with the fact that he’s known to respond to people personally, sometimes even calling them up on the phone, you may be wondering how you can contact him.

But how does one go about contacting the Vicar of Christ? Pope Francis doesn’t have an email address, and he’s probably not reading your replies to his tweets on Twitter.

Inspired by a Reddit post asking about this, we did some research and here’s what we found.

The website for the US Embassy to the Holy See recommends that mail for Pope Francis be sent to this address:

Notice that neither “Italy” nor “Rome” are a part of the address, since Vatican City is its own country.

Since, unlike previous popes, Pope Francis is living in Casa Santa Martha instead of the papal apartment, another address you can try is this:

In both cases, be sure to have the correct postage. If you’re unsure of what you need, ask your local post office. If you’re mailing from the United States, you can use this online calculator to estimate the needed postage.

How to Write the Letter

The two key principles here are brevity and respect.

You need to show respect for both Pope Francis and the office of the papacy, which was established by Christ himself. This means using his official address of “His Holiness.”

Brevity is important simply because he gets a lot of mail. If you want him or his workers to actually read what you have to say, make it short and to the point.

If you’d like a response, be sure to include your return address, as well as your phone number!

If you try this and get a response, please let us know!