With the absolute and august exceptions of Our Lord and Our Lady, there may be no personage in all of the heavenly hosts as well-known and well-loved as a little poor man from Assisi called Francis. Of course, his Christian popularity is like Christ’s only because of how Christlike St. Francis was. What is equally striking, though, is how they differ.

While Christ is called the Man of Sorrows, Francis is called the man of joys. Jesus wept over Jerusalem, but St. Francis sang over Assisi. Our Lord is the King of Kings, and Francis is a happy jester; happy indeed, for he knew his merriment was pleasing to God, and so he was content to somersault instead of walk, reversing all the wisdoms of the world, so long as it made the good God glad. St. Francis was the Lord’s tumbler. The mirth of heaven has ever been a hidden thing, but Francis rejoiced in the smile of God wherever he went: the Jongleur de Dieu, happy, for the sake of Christ, to make a fool of himself.

Francis’ life began with a twist and a joke. His mother, the wife of a wealthy silk merchant, ordered her servants to bear her to the barn to give birth, that her son may come into the world as the Savior had. No sooner said than done. Giovanni was born in a pantomime of Bethlehem. But the pious name was short-lived, as his father shortly thereafter renamed the boy Francis in honor of his French business connections. The irony of Francis’ life continued on apace. For instance, the austerity he became famous for was decidedly not the dominant characteristic of his youth. Far from it. As a young man, Francis was spoiled, energetic, dashing, flamboyant, and a prodigal.

His youthful passions poured themselves into the gallant romanticism of the troubadour, but even so, a puckish impulse was growing in his heart. A story is told how Francis, struck with a strange inspiration, spied a beggar while selling his father’s velvet and, loading his arms with precious cloth, ran after the poor man to make him a rich man, earning the beggar’s wonder, his friends’ ridicule, and his father’s rebuke. Francis’ acrobatics were only just beginning. He went to war, went to prison, went to a sick bed, and never returned as the man he had been, as he puzzled over the foolish end of his quest for glory.

As the high-stepping period of his life faltered, the world suddenly lost its allure, and instead become something lustrous. It was then that Francis the Troubadour became knight to an unusual damsel: Lady Poverty. Embracing his new lover, the troubadour turned tramp and went on pilgrimage to Rome. Upon his return, having lived among the raggle-taggle gypsies of Rome, he prayed before a crucifix in the ruins of the church San Damiano. “Francis,” called a voice, “seest thou not that my house is in ruins? Go and restore it for me.”

At that moment, the young man’s eyes saw things for the first time as a mystic and a saint. G. K. Chesterton explains this vision in his inspired biography of St. Francis: “…he sees things go forth from the divine as children going forth from a familiar and accepted home… he hails them with an old familiarity that is almost an old frivolity. He calls them his Brother Fire and his Sister Water.” With that dancing vision of childlike delight, Francis excitedly bore off another a bale of his father’s cloth, sold it together with his horse into the bargain, and offered the money to the priest at San Damiano to repair the church.

When the priest turned him away with his foolish money, Francis’ father overtook him in a rage and dragged him before the bishop, demanding that his madcap son be forced to return to his father’s business. “I call no one father,” spoke the clown, “but God.” Renouncing the world in public, he kicked off his motley clothes before the bishop and marched off, naked, singing like a minstrel. Francis sallied forth with his soldier spirit to do everything God wanted of him with nothing, in a merry imitation of Christ. And we can be sure that Christ joined in the laughter at this excellent joke. So began that famous ministry of simplicity and charity. Francis was a glad servant to the poor and sick, ever happy in poverty, and ever praising God with poetry as he roamed through God’s own great, substantial poem.

Before long, others heard his jubilant song and saw his stunts of charity. They sold all they had, gave to the poor, and followed Francis—while Francis followed Christ; juggling his joys to bring joy to God; taking pleasure in sunsets and birds and wolves because God took pleasure in him. The brothers of Francis rejoiced in everything because they had nothing, and spread their charity, labor, prayers, and penance throughout the land and throughout the Church, changing the Christian world dramatically. And God rewarded his good fool, giving him the greatest likeness as he imitated his Master, imprinting in St. Francis’ hands and feet the marks of divine love.

St. Francis tripped from troubadour to jester and made a fool of himself; but being a fool for God was his source of joy. He was a jongleur, a juggler—a man who turned things topsy-turvy in joyful praise and unexpected virtuosity. He tumbled the things of the world, even as he himself tumbled from socialite to soldier, from prisoner to beggar, from beggar to friar, and became happier with every tumble instead of more miserable, for “the foolishness of God is wiser than men,” as St. Paul said (a man who also knew a thing or two about finding God by taking a tumble). In this, Francis was a man who turned the tables of the world, making the reverse right side up, and found that the unusual view of all things, the fool’s-eye view, was a sure way to find God in all things—for it was in the upside-down vision of the tumbler that made all things new, dependent, and wondrous.

If anything can come close to summing up St. Francis’ extraordinary character of ascetic frivolity, it may be ventured that he was a gentle man of intense action, a twirling paradox that taught that in giving one receives, and that the world is not divided, but unified. St. Francis was, and is yet, a hero of the indomitable power of Christian enthusiasm, Christian abandon, and the glorious Christian imagination that perceives the highest realities in the lowliest realities.

St. Francis’ extremism may have appeared wild, but it rendered the multitude of stars and beasts his brothers and sisters, every peasant a king, and every stone a building block for a holy edifice. St. Francis’ earthly extremism, his holy folly, was characterized by a heavenly optimism and the freedom and felicity that comes with being a fool for Christ’s sake, as the words of Chesterton conclude:

It is possible that after his humiliating return from his frustrated military campaign he was called a coward. It is certain that after his quarrel with his father about the bales of cloth he was called a thief. And even those who had sympathised most with him, the priest whose church he had restored, the bishop whose blessing he had received, had evidently treated him with an almost humorous amiability which left only too clear the ultimate conclusion of the matter. He had made a fool of himself… there was not a rag of him left that was not ridiculous. Everybody knew that at the best he had made a fool of himself. It was a solid objective fact, like the stones in the road, that he had made a fool of himself. He saw himself as an object, very small and distinct like a fly walking on a clear window pane; and it was unmistakably a fool. And as he stared at the word “fool” written in luminous letters before him, the word itself began to shine and change. 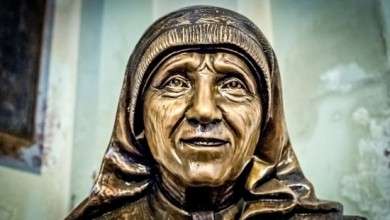 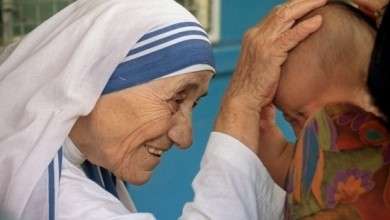 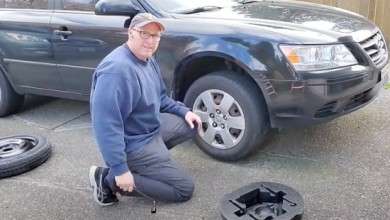 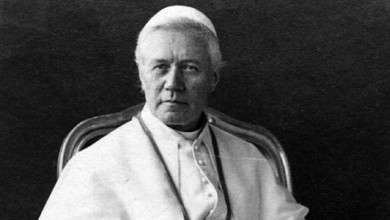