In a major policy shift, the global hotel and resort chain Hyatt Hotels is cutting off access to on-demand video pornography in all of their hotel rooms across the globe, according to the advocacy group National Center on Sexual Exploitation.
“With this step, Hyatt is proving itself to be a leader among corporations that value a positive and safe environment for their consumers,” stated Patrick Trueman, president of the National Center on Sexual Exploitation, in an Oct. 14 statement.
“By removing on-demand pornography, Hyatt is also taking a stand against prostitution and sex trafficking, which are crimes that often takes place in hotels,” Trueman continued.
As part of its new policy “this content will not be introduced to any new Hyatt hotels, and it will be discontinued or phased out at all hotels,” according to the New York Times.
Hyatt’s policy change follows the steps of other major hotels, including Omni and Marriott, who have moved away from allowing on-demand pornography in their guestrooms over the past few years. The Scandinavian hotel chain Nordic Hotels also discontinued pay-per-view pornography channels in 2013.
The most recent hotel chain to withdraw on-demand video pornograpy was Hilton Worldwide, who announced their policy change in August. The Huffington Post reported that the company no longer allows on-demand pornography in guestrooms because it was not consistent with Hilton’s vision and goals.
These policy shifts underscore the increasing acknowledgement of the association of pornography with sexual exploitation, which is one of the reasons why many international hotel chains are taking steps to eliminate on-demand pornography in their guestrooms, according to NCOSE.
“Pornography not only increases the demand for prostitution and sex trafficking, but sex trafficking victims are also often used in, and trained how to perform sexually by pornography,” Trueman stated.
NCOSE also believes that pornography is strongly linked to various psychological and neurological dangers – a connection which many hotels are coming to recognize.
“Hyatt was eager to work with the National Center on Sexual Exploitation after we reached out to the corporation to share concerns about the neurological and psychological harms of pornography,” Trueman noted.
“NCOSE is grateful to Hyatt for its policy change and commitment to oppose sexual exploitation,” Trueman continued, commending the hotel chain for their policy change.
CNA contacted Hyatt about the reported change in policy, but did not receive a response.
By Maggie Maslak
http://www.catholicnewsagency.com/news/hyatt-hotels-changes-policy-around-the-globe-removes-on-demand-porn-10802/

Archbishop Cupich: respect consciences of all Catholics who approach the Eucharist 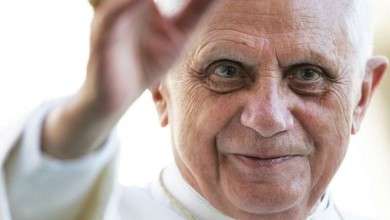 Archbishop Tartaglia again on the government over Tax cuts