Or, how I found the Catholic faith at Southern Baptist Theological Seminary.

It was the day after Ash Wednesday in 2012 when I called my mom from my dorm room at Southern Baptist Theological Seminary and told her I thought I was going to become Catholic.

“You’re not going to become Catholic, you just know you’re not Southern Baptist,” she said.

I cannot stress enough how much I hated the idea of becoming Catholic. I was bargaining to the last moment. I submitted a sermon for a competition days before withdrawing from school. I was memorizing Psalm 119 to convince myself of sola scriptura. I set up meetings with professors to hear the best arguments. I purposefully read Protestant books about Catholicism, rather than books by Catholic authors.

Further, I knew I would lose my housing money and have to pay a scholarship back if I withdrew from school, not to mention disappointing family, friends, and a dedicated church community.

But when I attempted to do my homework, I collapsed on my bed. All I wanted to do was scream at the textbook, “Who says?!”

I had experienced a huge paradigm shift in my thinking about the faith, and the question of apostolic authority loomed larger than ever.

But let’s rewind back a few years.

I grew up in an evangelical Protestant home. My father was a worship and preaching pastor from when I was in fourth grade onwards. Midway through college, I really fell in love with Jesus Christ and His precious Gospel and decided to become a pastor.

It was during that time that I was hardened in my assumption that the Roman Catholic Church didn’t adhere to the Bible. When I asked one pastor friend of mine during my junior year why Catholics thought Mary remained a virgin after Jesus’ birth when the Bible clearly said Jesus had “brothers,” he simply grimaced: “They don’t read the Bible.”

Though I had been in talks with Seattle’s Mars Hill Church about doing an internship with them, John Piper’s book Don’t Waste Your Life clarified my call to missionary work specifically, and I spent the next summer evangelizing Catholics in Poland.

So I was surprised when I visited my parents and found a silly looking book titled Born Fundamentalist, Born Again Catholic on my father’s desk. What was my dad doing reading something like this? I was curious and hadn’t brought anything home to read, so I gave it a look.

David Currie’s memoir of leaving behind his evangelical education and ministries was bothersome. His unapologetic defense of controversial doctrines regarding Mary and the papacy were most shocking, as I had never seriously considered that Catholics would have sensible, scriptural defenses to these beliefs.

The book’s presence on my father’s desk was explained more fully a few months later when he called me and said he was returning to the Catholicism of his youth. My response? “But, can’t you just be Lutheran or something?” I felt angry, betrayed, and indignant. For the next four months I served as a youth pastor at my local church and, in my free time, read up on why Catholicism was wrong.

During that time, I stumbled across a Christianity Today article that depicted an “evangelical identity crisis.” The author painted a picture of young evangelicals, growing up in a post-modern world, yearning to be firmly rooted in history and encouraged that others had stood strong for Christ in changing and troubled times. Yet, in my experience, most evangelical churches did not observe the liturgical calendar, the Apostles’ Creed was never mentioned, many of the songs were written after 1997, and if any anecdotal story was told about a hero from church history, it was certainly from after the Reformation. Most of Christian history was nowhere to be found.

For the first time, I panicked. I found a copy of the Catechism and started leafing through it, finding the most controversial doctrines and laughing at the silliness of the Catholic Church. Indulgences? Papal infallibility? These things, so obviously wrong, reassured me in my Protestantism. The Mass sounded beautiful and the idea of a visible, unified Church was appealing – but at the expense of the Gospel? It seemed obvious that Satan would build a large organization that would lead so many just short of heaven.

I shook off most of the doubts and enjoyed the remainder of my time at college, having fun with the youth group and sharing my faith with the students. Any lingering doubts, I assumed, would be dealt with in seminary.

I started my classes in January with the excitement of a die-hard football fan going to the Super Bowl. The classes were fantastic and I thought I had finally rid myself of any Catholic problems.

But just a few weeks later, I ran into more doubts. We were learning about spiritual disciplines like prayer and fasting and I was struck by how often the professor would skip from St. Paul to Martin Luther or Jonathan Edwards when describing admirable lives of piety. Did nothing worthwhile happen in the first 1500 years? The skipping of history would continue in many other classes and assigned reading. The majority of pre-Reformation church history was ignored.

I soon discovered I had less in common with the early Church fathers than I thought. Unlike most Christians in history, communion had always been for me an occasional eating of bread and grape juice, and baptism was only important after someone had gotten “saved.” Not only did these views contradict much of Church history but, increasingly, they did not match with uncomfortable Bible passages I had always shrugged off (John 6, Romans 6, etc).

Other questions that I had buried began to reappear, no longer docile but ferocious, demanding an answer. Where did the Bible come from? Why didn’t the Bible claim to be “sufficient”? The Protestant answers that had held me over in the last year were no longer satisfying.

Jefferson Bethke’s viral YouTube video, “Why I Hate Religion, But Love Jesus,” was released during this time. The young man meant well, but to me he only validated what the Wall Street Journal called “the dangerous theological anarchy of young evangelicals,” attempting to remove Jesus from the confines of religion but losing so much in the process.

Ash Wednesday was the tipping point. A hip Southern Baptist church in Louisville held a morning Ash Wednesday service and many students showed up to classes with ashes on their forehead. At chapel that afternoon, a professor renowned for his apologetic efforts against Catholicism expounded upon the beauty of this thousand year old tradition.

Afterwards, I asked a seminary friend why most evangelicals had rejected this beautiful thing. He responded with something about Pharisees and “man-made traditions.”

My resistance to Catholicism started to fade. I was feeling drawn to the sacraments, sacramentals, physical manifestations of God’s grace, the one, holy, catholic and apostolic Church. No more borrowing, no more denying.

It was the next day that I called my mom and told her I thought I was going to become Catholic.

But I saw the crucifix differently this time and began crying. “Jesus, my suffering savior, you’re here.”

A peace came over me until Tuesday, when it yielded to face-to-windshield reality. Should I stay or leave? I had several panicked phone calls: “I literally have no idea what I am going to do tomorrow morning.”

On Wednesday morning I woke up, opened my laptop, and typed out “77 Reasons I Am Leaving Evangelicalism.” The list included things like sola scriptura, justification, authority, the Eucharist, history, beauty, and continuity between the Old and New Testament. The headlines and the ensuing paragraphs flowed from my fingers like water bursting from a centuries-old dam.

A few hours later on February 29, 2012 I slipped out of Louisville, Kentucky, eager to not confuse anyone else and hoping I wasn’t making a mistake.

The next few months were painful. More than anything else I felt ashamed and defensive, uncertain of how so much of my identity and career path could be upended so quickly. Nonetheless, I joined the Church on Pentecost with the support of my family and started looking for work.

So much has changed since then. I met Jackie on CatholicMatch.com that June, got married a year later, and celebrated the birth of our daughter, Evelyn, on March 3rd, 2014. We’re now in Indiana and I’m happy at my job.

I’m still very new on this Catholic journey. To all inquirers out there, I can tell you that my relationship with God has deepened and strengthened. As I get involved in our parish, I’m so thankful for the love of evangelism and the Bible that I learned in Protestantism.

I have not so much left my former faith as I have filled in the gaps. I thank God for the fullness of the Catholic faith.

Five Tips for Handling Criticism as a Catholic 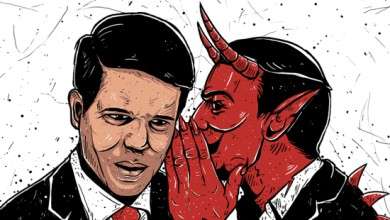 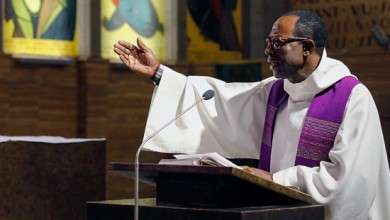 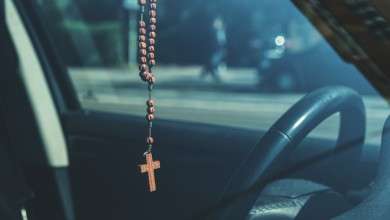 3 Powerful sacramentals to have in your car 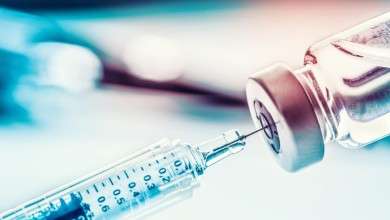