In part, we have responded to this question, albeit as a follow-up, on Jan. 29, 2008. The reply was partly based on a moral and pastoral theology manual published by Jesuit Father Henry Davis in 1935.

The nucleus of our answer regarding the interruption of Mass was:

Should a priest have to interrupt the Mass due to illness or another grave reason; after he has consecrated either or both species; — and is unlikely to be able to recover sufficiently within an hour; — there is a grave obligation to have the celebration continued by another priest.

In grave emergencies even a priest who has been excommunicated, suspended or otherwise irregular may finish the Mass.

If the first priest is able to communicate he should be given communion from the Species consecrated during the Mass.

If no priest is immediately available, the hosts and the chalice; (even if not yet consecrated) should be placed in the tabernacle until a priest can come to finish the Mass.

The interval elapsing between the two parts may be of any duration but should be as soon as possible.

If not-yet-consecrated wine were to spoil or be certain to spoil, before a priest can come to consecrate it; then it may be poured down the sacrarium and replaced with new matter (wine and water) when the priest arrives.

Only in very rare and extreme situations may the consecrated species of an interrupted Mass be consumed. Such occasions would be, for example, the imminent danger of profanation of the sacred species; or the objective impossibility of safely keeping them; such as during wartime conditions or a climate where the species of wine would certainly become corrupt before a priest can come to complete the Mass.

If the interruption were to occur before the consecration, with no priest to continue the celebration and no other Masses reasonably available, then a deacon, instituted acolyte, or authorized extraordinary minister could distribute Communion from the tabernacle using the rite for Communion outside of Mass.

If the interruption occurs after the priest’s communion, then the same ministers can administer the consecrated species to the faithful using the same rite.

Consecration of wine is an absolute necessity for a valid Mass.

If a priest forgets to consecrate the chalice and then administers the hosts to the faithful they would receive the Body of Christ but, strictly speaking, would not have participated in the sacrifice of the Mass. It would not even be the same as the distribution of Communion outside of Mass as hosts thus received are the fruit of a complete sacrifice.

Should this happen, the deacon, an acolyte, or anybody at all should immediately inform the priest that he has not consecrated the wine. The priest should then interrupt the Eucharistic Prayer and proceed to consecrate the wine before continuing. He should preferably repeat the second part of the Eucharistic Prayer as these orations only make sense in the presence of the complete sacrifice. If he finds out later, say just before communion, he would only need to say the words of consecration.

If it happens that a priest is told that he omitted the consecration of the chalice after the Mass is over; he should privately complete the sacrifice by pouring wine and water into the chalice, consecrating and consuming the Sanguis.

Needless to say, such distractions ought never to occur, but frail humanity — and priestly humanity is no exception — is fraught with imperfections and limitations. Thus, such things do happen. 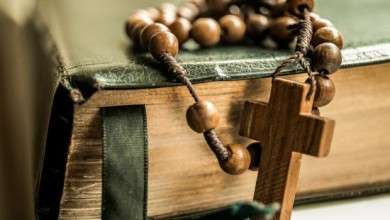 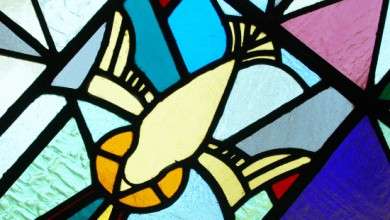