Engagement is merely physical and has no spiritual dimension. Until a couple stands in front of God and his people to pledge themselves to each other, they’re not married and should not get physical yet.

Marriage isn’t a simple superficial social event where people wear their fanciest outfits . It is a deeply spiritual event which unites two souls together in a humanly-unbreakable bond that only death can sever.

There will come times within the marriage when you two will be apart, does that mean waiting for a while will be impossible? Sex isn’t the only thing one can enjoy from a marital partner. Share in some wholesome activities that are capable of binding you two together.

I feel like most potential couple spend so much energy on sex that they forget there will come a time when the fires of these passions might become dim, or one of the spouses might become incapable of sex because of health or some other reasons. But if you have spent time, and you should, working on your friendship and joint interest, you’ll discover that adding physical intimacy after marriage binds you even close together. Are the Souls of Aborted Children with the Lord? 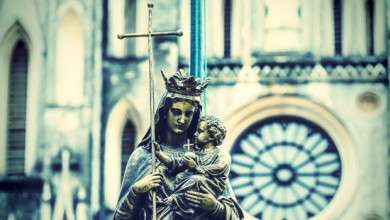