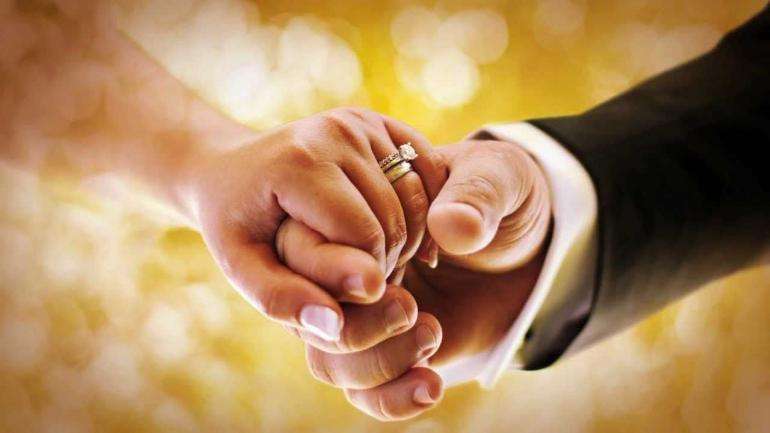 A new study examining the correlation between religion and marital happiness found that women who are part of a highly religious, traditional couple are most likely to report being happy in marriage, as well as sexually satisfied in their relationship.

In addition, a woman in a highly religious couple was most likely to report that she and her spouse share responsibility for important household decisions, rather than one spouse making all the family’s decisions.

The study of families in 11 countries, conducted by the Institute for Family Studies, found that “highly religious couples in heterosexual relationships” enjoy happier marriages and more sexual satisfaction than less religious, mixed, or secular couples.

At the same time, however, religious couples are not any less likely to experience domestic violence than are less religious or secular couples, the study found.

“In many respects, this report indicates that faith is a force for good in contemporary family life in the Americas, Europe, and Oceania,” the authors, made up of a mix of sociologists, professors and researchers, wrote. Many of the religious respondents to the survey cited family prayer as an important factor in a flourishing family.

“Men and women who share an active religious faith, for instance, enjoy higher levels of relationship quality and sexual satisfaction compared to their peers in secular or less/mixed religious relationships. They also have more children and are more likely to marry. At the same time, we do not find that faith protects women from domestic violence in married and cohabiting relationships.”

The 11 countries studied were Argentina, Australia, Chile, Canada, Colombia, France, Ireland, Mexico, Peru, the United Kingdom, and the United States, and the study drew on data from the World Values Survey (WVS) and the Global Family and Gender Survey (GFGS). Authors included those affiliated with Brigham Young University and Pew Research Center.

The authors focused on four outcomes regarding marriage: relationship quality, fertility, domestic violence, and infidelity. They note that many societies are experiencing a general turning away from “traditional” family life as fewer people marry and have children, and more people cohabitate or wait to marry later than in the past.

“Faith may buffer against this post-familial turn, both by attaching particular meaning and importance to family life and by offering norms and networks that foster family solidarity,” the authors wrote in the introduction.

“But these questions are also important given that religion may be a force for ill—legitimating gender inequality or violence in the family—a concern that has taken on particular salience in light of recent headlines about religion, domestic violence, and child sexual abuse.”

The researchers defined “relationship quality” in terms of several factors, including a couple’s reported overall satisfaction, how important they view the relationship in their life, their satisfaction with their sex lives, and whether or not important household decisions are decided jointly or by just one of the partners.

Both women and men in “highly religious” couples— i.e. regular attendees— reported significantly greater satisfaction in their relationship than did both the other groups, with liberal, secular couples running a close second.

The difference was especially notable for women: women in “highly religious” relationships were  about 50% more likely to report that they are “strongly satisfied” with their sexual relationship than their secular and less religious counterparts.

In addition, women in highly religious couples were most likely to report that she and her spouse practice joint decision-making in their relationship.

The researchers assigned a “relationship quality” score in order to compare different religious affiliations in their sample, with a higher score representing greater overall satisfaction. Catholic couples sampled reported an overall score of 15.83, which is equal to the score reported by Muslims and slightly higher than the score for nonreligious couples.

Protestants and Latter-Day Saints lead the table with scores of 16.36 and 17.24, respectively.

“In listening to the happiest secular progressive wives and their religiously conservative counterparts, we noticed something they share in common: devoted family men,” the authors wrote in a New York Times op-ed accompanying the release of the study.

“Both feminism and faith give family men a clear code: They are supposed to play a big role in their kids’ lives. Devoted dads are de rigueur in these two communities. And it shows: Both culturally progressive and religiously conservative fathers report high levels of paternal engagement.”

In terms of fertility, the study found that people aged 18-49, who “attend religious services regularly have 0.27 more children than those who never, or practically never, attend,” and thus  “those with egalitarian gender role attitudes are less likely to be married and have slightly fewer children.”

The authors also examine a theory, which they say is common among academics in their field, that a shift in many societies toward greater gender equality, which often takes the form of married women continuing to seek work outside the home, may actually help to raise the fertility rate back to replacement levels in countries where it is especially low.

“In modern societies where women typically have high demands in the public (paid work) sphere of their lives, support from partners is necessary to make bearing two children commonplace,” the authors explained.

“Today, this support often comes in the form of a father involved at home with his family. If women commonly carry a “second shift” of work after they get home from paid work, they are more likely to retreat from childbearing than if they have a supportive partner on the home front…it is men’s sharing of the second shift—their involvement at home—that is expected to support replacement fertility.”

In contrast to this theory, however, the authors’ research demonstrated that those who hold egalitarian gender role attitudes have far fewer children than people of faith.

“Individuals who support workplace equality, those who embraced a progressive gender role ideology, actually had significantly fewer children than those who supported favoring men when jobs were scarce,” they noted.

Even in areas such as Europe where fertility rates are low, across the board people of faith have more children than their secular counterparts, they found.

“Across low-fertility countries in the Americas, Europe, East Asia, and Oceania, highly religious people are not decreasing in number, and neither are their more traditional gender role attitudes impeding their fertility,” the authors concluded in that chapter.

“We have shown that people of faith contribute toward sustainable fertility in modern low-fertility societies.”