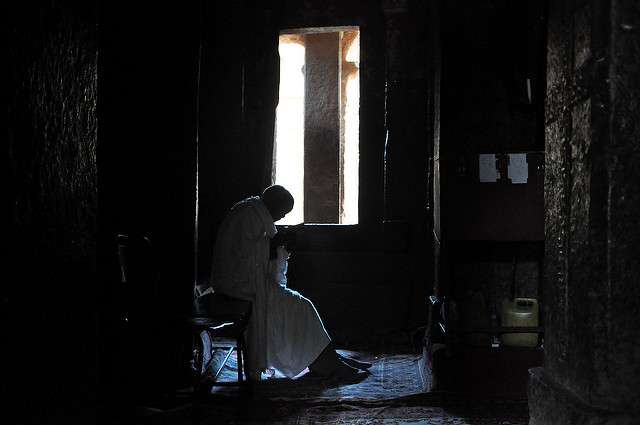 In Light of Abuse, Should I Stop Being Catholic?

Home » Articles » In Light of Abuse, Should I Stop Being Catholic?

Somewhere in the middle of my journey out of Evangelicalism into the Catholic Church a good friend gently took me by the arm and said, “But what about all the scandals?”

It was Oscar season and while it had been a number of years since any major scandal involving pedophile priests Spotlight, the dramatization of the Boston Archdiocese child abuse coverups, was rekindling long-buried conversation.

I had, at the time, no good answer for my friend. And I still don’t.

I know there are certain statistics out there that show the rates of child abuse and sexual interference are just as high in secular organizations as they are in the Church. I know that, in the scheme of things, the actual number of bad priests out of all the good ones is incredibly low. And I know that just because an organization has certain criminal elements it doesn’t make the whole thing a criminal organization.

But, in the end, these things seem tawdry at best. In defence of such evil there is, ultimately, nothing to say.

There is no salve for the wounds which such scandal rip wide open.

That I was drawn towards the ancient Catholic Church in spite of the terrible things done by some of its bishops and priests remains, for me, rather inexplicable. I was drawn into the Catholic Church, I believe, by the compelling power of God. By a force I couldn’t push against—a mountain of historical evidence, faith practice, and rich spiritual ritual.

In spite of bad priests, the Church seemed deeply good.

This week news broke of the enormous and devastating priest abuse scandal, and cover up, in Pennsylvania. We were on the beach, at a cottage with some friends, when my wife turned to me and said, “Did you hear about the priest scandal? Over 1,000 victims; 300 priests involved.”

I looked around, worried, and prayed that our friends wouldn’t hear about it for themselves until our cottage vacation was over. I couldn’t bear to try to explain to our non-Catholic friends that, yet again, our celibate priests were caught up in crap like this. Because there is no explanation; there is no justification; there are no statistics that bear out anything that can make this seem any better, or mitigate the damage done.

And in times like these, when we’re struck with such devastating news, our natural inclination is to look outward. To grasp onto something stronger than ourselves. To begin to tie down the furniture, shore up the sandbags, and commiserate together. In times like these it’s the Church we should be be gripping more tightly onto—our faith—but when the scandal is born from that very faith, our holy Church, well then what?

I think, first, of this. That God built into our human DNA a sense, a thirst, for justice. And he told us, in no uncertain terms, that our leaders will be held to a higher standard. Throw a millstone around the neck of those leaders that lead their sheep astray, Jesus said.

He’s going to need a bigger millstone but, make no mistake, He’s got a millstone.

And, second, we need to hold our leaders to a higher standard too. We need to demand more from the bishops who are placed, ostensibly by God, in a place of authority over us. This sacred structure is one of the reasons I was drawn into the Catholic Church. To me, it made sense that the apostles appointed successors to guard and champion the faith. A long, continuous line of holy men holding down the fort.

But these priests, these bishops, need to be held to account. That’s partly the point of the structure, right? We are the sheep, after all, and I do not mind being a sheep when the shepherd is someone that I can trust. Drastic steps are needed. Christ-like action needs to be undertaken; priests and bishops at the centre of the scandal need to be held to account so that, like St. Paul says, we Christians are above reproach.

And, finally, we need not surrender.

None of us, I hope, became Catholic because of men and men shouldn’t make us stop being Catholic either. Like me, I hope that you were drawn, inexplicably, into something greater than any of us. And that something greater cannot be destroyed or dismantled by bad priests and bishops. It simply cannot be. And while these fruits are disappointing—devastating—they do not define the beautiful, holy story into which I joined when I converted to the Catholic faith.

We push forward, and demand more.

A holier Church, a holier priesthood, a holier college of bishops. It begins, all of it, with prayer but it extends into action.

I still have no good answer to give my friend. Why become Catholic in light of all the scandal? In light of all the abuse and scandal and, God help us, cover ups? I don’t know. I guess I’d say because I believe God is bigger than all that; that those priests and bishops are rotten but that they aren’t what define the faith.