Open Doors international charity has called for a more compassionate response towards Christian migrants and refugees in Germany by ensuring they are provided with adequate protection. Remarks from the charity came after church officials said Christians avoid Muslim dominated camps for fear of further persecution, opting for Christian charities, homes or churches as refuge instead.
Christian migrants in German asylum centers are living under persistent threat, with many fearing for their lives. The situation is so bad that Christians claim they live like “prisoners” in Germany, and some have even returned to Middle East.
Spokesman for Open Doors charity Netherlands, Rachel Marsuk condemning the maltreatment Christian refugees go through said, “We’ve heard much about the nasty treatment of Christians, and we’re compiling a report to push politicians into action.”
“We’ve had questionnaires returned detailing how Christian refugees have been psychologically abused, physically mistreated and denied food. The scale of this problem has been covered up or played down,” she added.
Germany registered 1.1 million refugees from the Middle East and Africa, putting Europe’s top economy on track for a million arrivals in 2015. German asylum centers have reported that Muslim migrants tear up Bibles, assault Christians, sexually abuse women and children, and beat up gays.
In an interview on March 10 with Catholic News Service, Marsuk said the worst abuses had been reported in Berlin and other cities.
“It’s essential churches help address this problem, especially since many Christian refugees are too scared to speak out,” Marsuk told CNS.
“Politicians at [the] local and national level here have done nothing to help and don’t want to hear about these cases. They don’t see how religious differences have fueled tensions and led to persecution.”
Spokesman for the Archdiocese of Berlin, Stefan Forner, speaking on the matter said Archbishop Heiner Koch had discussed the persecution of Christian refugees by the Muslim refugees at a gathering with local officials. He said they have refused to respond to pleas for help.
“Some people don’t even want to talk about Christians, fearing Muslims may have a problem with this,” Forner told CNS on Wednesday.
“We need to help those dealing with refugees to understand the situation of Christians in Syria and other countries of origin and be aware of the potential hazards of putting all the refugees together. When something bad happens, it must have consequences and not be hushed up,” he said.
Germany has a generous asylum system originally meant to help atone for its Nazi past which has opened the gates to Europe’s biggest influx of refugees – sparking ugly reactions that recall Germany’s darkest days.
Patrick Nicholson, spokesman for the Church’s Vatican-based Caritas Internationalis, told CNS that Christians made up only a small minority of refugees in Europe, adding that he had read about Christians being thrown off boats in the Mediterranean Sea but doubted widespread discrimination. 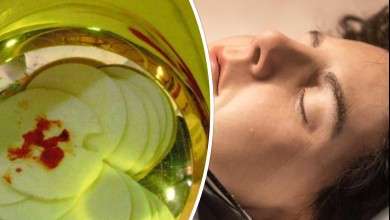 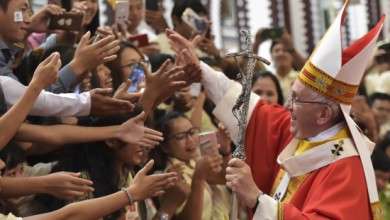 Just 2 min a day with the Gospels, and your life will change, says Francis