The alarming statistics–maybe you should say “no” to the dress

Thomas Carlyle, 19th century defender of serfdom and slavery, famously dubbed economics “the dismal science.” As if to prove him wrong, economics professors in recent decades have been tackling provocative, hot button issues, such as the relationship between legal abortion and STDs, between poker winnings and dinner tabs, between the sexual revolution and shotgun weddings, not to mention several books’ worth of bizarre topics from the “Freakonomics” authors.

Recently, two professors of economics at Emory University decided to explore the association between wedding spending (including the price of the engagement ring) and the duration of marriages among over 3,000 ever-married survey respondents.

Does a big sparkly costing two months’ salary and a fairytale wedding guarantee happily-ever-after? Their findings are intriguing. Although they decline to speculate in their paper, “A Diamond Is Forever and Other Fairy Tales: The Relationship between Wedding Expenses and Marriage Duration,” one offered possible explanations for their findings to a CNN reporter:
“It could be that the type of couples who have a … (cheap wedding) are the type that are a perfect match for each other,” said Professor Hugo M. Mialon, who co-authored the study with Andrew M. Francis.

“Or it could be that having an inexpensive wedding relieves young couples of financial burdens that may strain their marriage,” he said.

I personally can’t see any connection between “cheap wedding” and “perfect match,” but it’s true that starting married life massively in debt from a wedding extravaganza can add to the strain of adjusting to life together, especially if the spectacular-part was her idea and he now grudgingly faces a year of self-denial to pay for wretched excesses that meant nothing to him. But this is not the main reason why cheap wedding celebrations with many, many guests are associated with more enduring marriages, while weddings costing over $20,000 are associated with a higher risk of marital dissolution.

This quote by an unknown author hints, I think, at one reason underlying the economists’ findings:
I dreamed of a wedding of elaborate elegance, a church filled with family and friends. I asked him what kind of a wedding he wished for. He said one that would make me his wife.

Ouch. Is the wedding industry to blame for the misplaced priorities that propelled the average price of a wedding (per an annual survey by theknot.com) to $29,858 in 2013? The authors cite the impact of De Beers’ slogan “a diamond is forever” and fairytale photos in “Bride’s” magazine for redefining what brides expect in engagement rings and weddings. Advertising certainly contributed to the growth in US wedding industry revenues, which exceeded $50 billion in 2014. But it’s kind of like asking: Which came first, the wedding divas or David Tutera? A couple of episodes of “My Fair Wedding” are enough to see that his role is only to make the clients’ fantasy weddings come true.

Here are some of the authors’ main findings:

Among men, “spending between $2,000 and $4,000 on an engagement ring is associated with a 1.3 times greater hazard of divorce as compared to spending between $500 and $2,000.” However, buying a ring costing more than $8,000 significantly lowers the hazard of divorce for both men and women. One might be tempted to conclude that an expensive ring is evidence of not having financial worries and that alone accounts for longer marriages. But when we look at wedding costs, we find an inverse proportion between the amount spent on the wedding and duration of marriage.

These findings actually make sense in light of what we know about successful marriages.

For example, a large number of wedding guests tells us that the couple has many friends and family members with whom they want to share the happiness of their wedding day. They already know how to sustain friendships with others. They care about others. They know how to give and receive love. They have a large community of family and friends to turn to for advice and support. Compare their emotional maturity and stability to that of impulsive couples who run off to elope (perhaps not knowing each other well) or couples who are estranged from their families and have no close friends.

Why does splurging on an engagement ring bode well for the couple’s marriage but splurging on the wedding itself spell trouble? An engagement ring is meant to be “forever” and has become a token of how highly a future groom values his future bride. Besotted young men are willing to spend far more than they can reasonably afford to demonstrate the depth of their love. The bride receives this extravagant token with joy and gratitude for this permanent expression of his love (and perhaps appreciates the added benefit of being able to show her friends what an excellent catch she’s made). Through the rough patches of married life, she can look at that ring as a reminder of his loving commitment to her.

In contrast, the hundreds of details of the dream wedding itself and the festivities that follow have almost nothing to do with the marriage or their commitment to each other and almost everything to do with her girlish dream to be a princess bride for a day. Other than selecting groomsmen, the husband-to-be seems to leave decisions about the dress, flowers, venue and menu to his bride and her mother. There’s nothing wrong with a bride wanting to look great and have all the details perfect for her wedding day, but when all the focus is on the personal fantasy starring you and costing upwards of $30,000, the groom may be relegated to a minor supporting role. And if he’s not completely on board with the excesses, they’re starting off with a conflict.

More importantly, lavish fantasy weddings may suggest that a bride is self-absorbed and may have an unrealistic view of marriage. The poet Robert Browning has been quoted as saying: “Success in marriage is more than finding the right person. It is being the right person.” Let’s take the worst case example of Bridezilla who dreams of starring in her own wedding extravaganza, making all the decisions about the day based on emotions without regard to cost. How do her attitude and actions match up to some of the qualities necessary for a successful marriage:

(1) Does she value her relationship with her husband above all? No longer he and I, but we?
(2) Is she wiling to make joint decisions with him?
(3) Is she willing to be accountable to him, as he to her?
(4) Is she financially prudent?
(5) Does she have realistic expectations about marriage or does she think it’s all about her happiness?
(6) Does she have the maturity to compromise, to overlook, to forgive readily or is she someone who wants to get her own way?

The answers are obvious and may go a long way toward explaining why princess brides who insist on having extravagant weddings are at higher risk of divorce. 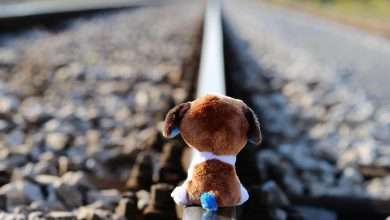 Will a child that commits suicide go to heaven?