Some anti-Catholics claim the Catholic Church is the Whore of Babylon of Revelation 17 and 18. Dave Hunt, in his 1994 book, A Woman Rides the Beast, presents nine arguments to try to prove this. His claims are a useful summary of those commonly used by Fundamentalists, and an examination of them shows why they don’t work.

Hunt argues that the Whore “is a city built on seven hills,” which he identifies as the seven hills of ancient Rome. This argument is based on Revelation 17:9, which states that the woman sits on seven mountains.

The Greek word in this passage is horos. Of the sixty-five occurrences of this word in the New Testament, only three are rendered “hill” by the King James Version. The remaining sixty-two are translated as “mountain” or “mount.” Modern Bibles have similar ratios. If the passage states that the Whore sits on “seven mountains,” it could refer to anything. Mountains are common biblical symbols, often symbolizing whole kingdoms (see Ps. 68:15; Dan. 2:35; Amos 4:1, 6:1; Obad. 8–21). The Whore’s seven mountains might be seven kingdoms she reigns over, or seven kingdoms with which she has something in common.

The number seven may be symbolic also, for it often represents completeness in the Bible. If so, the seven mountains might signify that the Whore reigns over all earth’s kingdoms.

Even if we accept that the word horos should be translated literally as “hill” in this passage, it still does not narrow us down to Rome. Other cities are known for having been built on seven hills as well.

Even if we grant that the reference is to Rome, which Rome are we talking about—pagan Rome or Christian Rome? As we will see, ancient, pagan Rome fits all of Hunt’s criteria as well as, or better than, Rome during the Christian centuries.

Now bring in the distinction between Rome and Vatican City—the city where the Catholic Church is headquartered—and Hunt’s claim becomes less plausible. Vatican City is not built on seven hills, but only one: Vatican Hill, which is not one of the seven upon which ancient Rome was built. Those hills are on the east side of the Tiber river; Vatican Hill is on the west.

Hunt notes that the Whore will be a city “known as Babylon.” This is based on Revelation 17:5, which says that her name is “Babylon the Great.”

Revelation consistently speaks as if there were only one “great city” (“the great city”), suggesting that the great city of 11:8 is the same as the great city mentioned in the other seven texts—Babylon. Additional evidence for the identity of the two is the fact that both are symbolically named after great Old Testament enemies of the faith: Sodom, Egypt, and Babylon.

This suggests that Babylon the great may be Jerusalem, not Rome. Many Protestant and Catholic commentators have adopted this interpretation. On the other hand, early Church Fathers often referred to Rome as “Babylon,” but every reference was to pagan Rome, which martyred Christians.

Hunt tells us, “The woman is called a ‘whore’ (verse 1), with whom earthly kings ‘have committed fornication’ (verse 2). Against only two cities could such a charge be made: Jerusalem and Rome.”

Here Hunt admits that the prophets often referred to Jerusalem as a spiritual whore, suggesting that the Whore might be apostate Jerusalem. Ancient, pagan Rome also fits the description, since through the cult of emperor worship it also committed spiritual fornication with “the kings of the earth” (those nations it conquered).

To identify the Whore as Vatican City, Hunt interprets the fornication as alleged “unholy alliances” forged between Vatican City and other nations, but he fails to cite any reasons why the Vatican’s diplomatic relations with other nations are “unholy.”

He also confuses Vatican City with the city of Rome, and he neglects the fact that pagan Rome had “unholy alliances” with the kingdoms it governed (unholy because they were built on paganism and emperor worship).

#4: Clothed in Purple and Red

Hunt ignores the obvious symbolic meaning of the colors. Purple symbolizes repentance, and red honors the blood of Christ and the Christian martyrs.

Hunt states, “[The Whore’s] incredible wealth next caught John’s eye. She was ‘decked with gold and precious stones and pearls . . . ’ [Rev. 17:4].” The problem is that, regardless of what it had in the past, the modern Vatican is not fantastically wealthy. In fact, it has run a budget deficit in most recent years and has an annual budget only around the size of that of the Archdiocese of Chicago. Furthermore, wealth was much more in character with pagan Rome or apostate Jerusalem, both key economic centers.

Hunt states that the Whore “has ‘a golden cup [chalice] in her hand, full of abominations and filthiness of her fornication.’” This is another reference to Revelation 17:4. Then he states that the “Church is known for its many thousands of gold chalices around the world.”

To make the Whore’s gold cup suggestive of the Eucharistic chalice, Hunt inserts the word “chalice” in square brackets, though the Greek word here is the ordinary word for cup (potarion), which appears thirty-three times in the New Testament and is always translated “cup.”

He ignores the fact that the Catholic chalice is used in the celebration of the Lord’s Supper—a ritual commanded by Christ(Luke 22:19–20; 1 Cor. 11:24–25); he ignores the fact that the majority of Eucharistic chalices Catholics use are not made out of gold, but other materials, such as brass, silver, glass, and even earthenware; he ignores the fact that gold liturgical vessels and utensils have been part of the true religion ever since ancient Israel—again at the command of God (Ex. 25:38–40, 37:23–24; Num. 31:50–51; 2 Chron. 24:14); and he again uses a literal interpretation, according to which the Whore’s cup is not a single symbol applying to the city of Rome, but a collection of many literal cups used in cities throughout the world. But Revelation tells us that it’s the cup of God’s wrath that is given to the Whore (Rev. 14:10; cf. Rev. 18:6). This has nothing to do with Eucharistic chalices.

#7: The Mother of Harlots

Now for Hunt’s most hilarious argument: “John’s attention is next drawn to the inscription on the woman’s forehead: ‘THE MOTHER OF HARLOTS AND ABOMINATIONS OF THE EARTH’ (verse 5, [Hunt’s emphasis]). Sadly enough, the Roman Catholic Church fits that description as precisely as she fits the others. Much of the cause is due to the unbiblical doctrine of priestly celibacy,” which has “made sinners of the clergy and harlots out of those with whom they secretly cohabit.”

Priestly celibacy is not a doctrine but a discipline—a discipline in the Latin Rite of the Church—and even this rite has not always been mandatory. This discipline can scarcely be unbiblical, since Hunt himself says, “The great apostle Paul was a celibate and recommended that life to others who wanted to devote themselves fully to serving Christ.”

Hunt has again lurched to an absurdly literal interpretation. He should interpret the harlotry of the Whore’s daughters as the same as their mother’s, which is why she is called their mother in the first place. This would make it spiritual or political fornication or the persecution of Christian martyrs (see Rev. 17:2, 6, 18:6). Instead, Hunt gives the interpretation of the daughters as literal, earthly prostitutes committing literal, earthly fornication.

If Hunt did not have a fixation on the King James Version, he would notice another point that identifies the daughters’ harlotries with that of their mother: The same Greek word (porna) is used for both mother and daughters. The King James Version translates this word as “whore” whenever it refers to the mother, but as “harlot” when it refers to the daughters. Modern translations render it consistently. John sees the “great harlot” (Rev. 17:1, 15, 16; 19:2) who is “the mother of harlots” (17:5). The harlotries of the daughters must be the same as the mother’s, which Hunt admits is not literal sex!

#8: Sheds the Blood of Saints

Hunt states, “John next notices that the woman is drunk—not with alcohol but with the blood of the saints, and with the blood of the martyrs of Jesus . . . [cf. verse 6].” He then advances charges of brutality and killing by the Inquisitions, supposed forced conversions of nations, and even the Nazi holocaust.

This section of the book abounds with historical errors, not the least of which is his implication that the Church endorses the forced conversion of nations. The Church condemned forced conversions as early as the third century, and has formally condemned them on repeated occasions, as in the Catechism of the Catholic Church (CCC 160, 1738, 1782, 2106–7).

But pagan Rome and apostate Jerusalem do fit the description of a city drunk with the blood of saints and the martyrs of Jesus. And since they were notorious persecutors of Christians, the original audience would have automatically thought of one of these two as the city that persecutes Christians, not an undreamed-of Christian Rome that was centuries in the future.

For his last argument, Hunt states, “Finally, the angel reveals that the woman ‘is that great city, which reigneth over the kings of the earth’ (verse 18). Is there such a city? Yes, and again only one: Vatican City.”

This is a joke. Vatican City has no power over other nations; it certainly does not reign over them. In fact, the Vatican’s very existence has been threatened in the past two centuries by Italian nationalism.

Hunt appeals to power the popes once had over Christian political rulers, but at that time there was no Vatican City. The Vatican only became a separate city in 1929.

The modern city of Rome is only a very minor political force. If the reign is a literal, political one, then pagan Rome fulfills the requirement far better than Christian Rome ever did.

Should I Attend My Daughter’s Same-Sex “Marriage”? 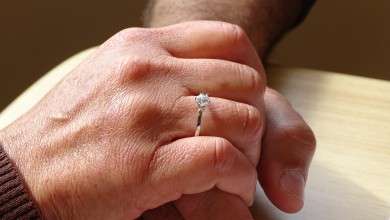 What If One Spouse Wants a Break from Intimacy?

Do Catholics Make Christianity Too Difficult? 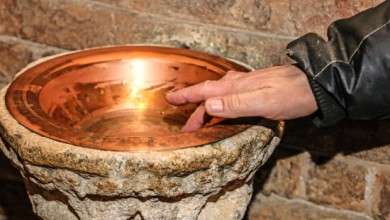 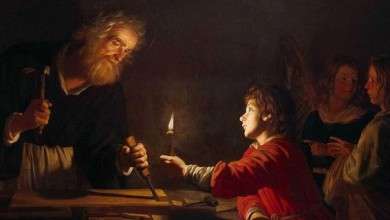 Don't Draw Jesus as a Woman