A gunman opened fire on an Istanbul nightclub holding 600 innocent people early New Year’s day.
One-hundred-and-eighty bullets rained out of the gunman’s AK-47 in just under seven minutes. Thirty-nine people were murdered, and 70 others were injured.
The gunman escaped during the chaotic uproar, causing Turkish police to launch one of their biggest manhunts ever.

“Unfortunately (the gunman) rained bullets in a very cruel and merciless way on innocent people who were there to celebrate New Year’s and have fun,” stated the governor of Istanbul Vasip Sahin. “Our security forces have started the necessary operations. God willing he will be caught in a short period of time.”
The Islamic State has now taken responsibility for the horrific attack, praising their “heroic soldier.”
“In continuation of the blessed operations that Islamic State is conducting against the protector of the cross, Turkey, a heroic soldier of the caliphate struck one of the most famous nightclubs where the Christians celebrate their apostate holiday,” the IS statement read, according to Reuters.
The gunman rushed into the popular nightclub, where celebrities from all over the world often attend, after arriving by taxi. He calmly shot anyone who appeared within his aim while he reportedly shouted “Allahu Akbar.”
According to Turkey’s Prime Minister Binali Yildirim, the gunman left his weapon in the club, and there is no truth to him wearing a Santa outfit, despite the security footage making it appear he was in costume.
Before the incident, security was heightened throughout Turkey after real terror threats were revealed, but it didn’t prevent this tragedy.
Turkey has endured at least 15 other terrorist attacks during 2016, including suicide bombers, car bombs, open fire attacks and the assassination of the Russian ambassador to Turkey.
“As a nation, we will fight to the end against not just the armed attacks of terror groups and the forces behind them, but also against their economic, political and social attacks,” expressed Turkey’s president, Tayyip Erdogan. “They are trying to create chaos, demoralize our people, and destabilize our country with abominable attacks which target civilians.
“We will retain our cool-headedness as a nation, standing more closely together, and we will never give ground to such dirty games.”
By Abigail James 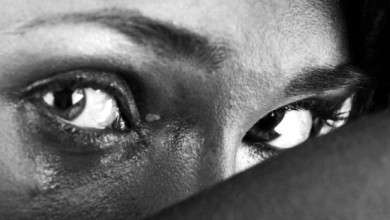 A Pakistani Catholic talks about the mistreatment, violence suffered by Christians