An Italian priest, Fr Piero Arolari, was shot at by three assailants as he cycled to church

Three men fired shots at an Italian priest Wednesday as he rode his bicycle to church in northern Bangladesh, leaving him in critical condition amid a recent surge in militant violence.
The three assailants were on a motorbike when they attacked Fr Piero Arolari in the town of Dinajpur, police officer Abul Hasan said. They fled after the attack.
The 57-year-old priest, who also is a doctor at St Vincent hospital, was hit in the neck by a bullet, said AsiaNews, the news agency of the Vatican’s missionary office.
After undergoing surgery at a local hospital, he was taken by helicopter to Dhaka, the capital, in critical condition, AsiaNews said.
It said several Protestant pastors in Dhaka have received death threats from Islamic extremists in recent days.
The bishop of Dinajpur, Sebastian Tudo, called for better security, saying “it is unacceptable that our people become such easy targets,” AsiaNews said.
No one has claimed responsibility for the attack.
Fr Arolari has lived in Dinajpur for 35 years, treating poor people from the area, said local police chief Ruhul Amin. The town is 415 kilometers (260 miles) north of Dhaka.
Local media reported that the assailants attacked him from behind near a bus stop. As he fell to the ground, local residents rushed to his rescue and took him to the hospital.
Bangladesh has been rocked by a series of attacks this year claimed by Islamic extremists, including killings of bloggers and, more recently, the killings of two foreigners — an Italian aid worker and a Japanese agricultural worker.
An October 24 bomb attack on thousands of Shiite Muslims in Dhaka left a teenage boy dead more than 100 people injured.
ISIS claimed responsibility for the two earlier attacks on foreigners, but the government rejected the claims saying the extremist Sunni militant group does not have a presence in the country.
The government blames domestic Islamist militants along with Islamist political parties — specifically the opposition Bangladesh Nationalist Party and its main ally, Jamaat-e-Islami — for orchestrating the violence in an effort to destabilize the fractious nation. 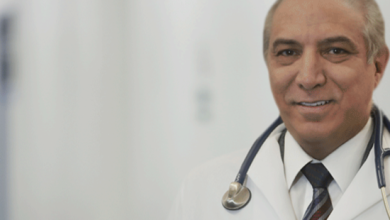