Vanessa Sims was 8-months-pregnant when she decided to walk the dangerous streets of East Baltimore at night to satisfy a pregnancy craving of fried rice.
Little did she know the short walk would end in a hail of bullets, one of which cracked her spine and another puncturing her precious unborn child.
“That was so inappropriate,” Sims told the Baltimore Sun when she recalled going out.
“I wasn’t thinking like a woman carrying a life. So me being outside then, that was so inappropriate. For a pregnant woman to be outside at 11-something at night – it’s not cool”
Baltimore shootings have been regular occurrences lately, with over 220 homicides in her town from gun-toting criminals alone.
Along her walk, Sims recalled hearing fireworks, not realizing they were gunshots.
Stray bullets began to pummel the streets and she saw one strike the ground next to her.
“It’s coming from behind the wall!” she heard someone cry.
Not wasting any time, Sims ran for her, and her unborn child’s, life.
As she stepped off the curb, a bullet threw her backward.
It went right into a “Halloween” tattoo she got in honor of her October 31st birthday at the small of her back, cracking her spine.
Another bullet pierced her belly.
“We have a pregnant lady here!” she heard a man yelling into his phone. The dispatcher asked where Sims was shot and the man shouted, “In her abdomen, it’s in her abdomen right now. Get somebody here!”
Luckily for Sims, Johns Hopkins was only a 6-minute ambulance drive from where she was shot.
The emergency team responded quickly. She was taken to the hospital and checked out, when Dr. Kent Stevens discovered Sims was shot in the abdomen.
The team cut the clothes from Sims’ body and attached devices to listen to the unborn child’s vitals.
Monitors revealed an irregular heartbeat.
It seemed to recover one moment only to slip the next. A sonogram revealed the baby’s collarbone was fractured.
Dr. Stevens knew an infant couldn’t survive if it lost too much blood.
“We had to decide,” he recalled. Should they run Sims upstairs to operate or should they order a CT scan?
He made the call and ordered a scan of her lungs, liver, spleen and stomach. When blood was revealed in her uterus, he knew what he had to do.
Dr. Stevens called for an operating room and told them, “I’m coming now.”
He knew the odds were against him. Fifty percent of babies die after being shot in the womb, according to the journal Inquiry.
Sims was at 34-weeks pregnant, nearly full-term.
Her son was turned head-down and doctors were able to deliver him easily by cesarean.
Though 6-weeks premature, the boy weighed 6-pounds-4-ounces.
Even after the obstetrician, Dr. Solange Eloundou, cut the umbilical cord, the child made no sounds at all.
After a full minute of no sound, a breathing tube was inserted into his tiny body. His heartbeat was so faint they delivered an IV of adrenaline.
His heart surged with the adrenaline then crashed.
For twelve minutes, doctors performed chest compressions on the tiny, egg-sized heart.
Twenty-three minutes in, doctors cut between the boy’s ribs to insert tubes, relieving pressure.
Their primary concern was bleeding in his small chest and too much pressure on his heart and lungs.
Unfortunately, the child was bleeding out, as children’s blood doesn’t clot.
The newborn was placed in a warm incubator and rushed into surgery. He was given nearly two full volumes of blood.
His tiny body swelled following surgery and required a ventilator to breathe for two weeks.
One month later, Sims was recovered after receiving two rods and four screws in her spine. Her son, whom she named Chance, not only recovered fully but also stunned doctors when it was revealed his brain was unharmed by the lack of oxygen.
“It was like a 1-in-a-million shot that you could go through and through the uterus, actually hit the child and not kill him,” Dr. Stewart admitted. “It’s just luck…the grace of God.”
As she stared at her recovering son, Vanessa whispered to him, “You’re a special baby, aren’t you?”
Thirty-three days after being shot and born, baby Chance went home to Sims’ grandmother’s. He required a therapist to help after the gunshot damaged nerves between his shoulder and fingers.
Three months after surgery, his left wrist still drooped and doctors were unsure if surgery would help.
Dr. Wingrat shared: “Sometimes, kids who have this injury, I see them for a couple months and they’re great. Some of them, I see for years.”
Vanessa and her son have thankfully recovered but they still have mountains to climb.
As Sims remains in recovery, she has been living with her boyfriend Ford at his mother’s house in North Baltimore. She retains a slight limp and has scars running across her belly and back.
Each week she rides a bus for an hour to visit her three children, who all stay at their grandmother’s home. She regrets the injury, which has left her unable to lift her small children, leaving her bitter toward the shooter:
“Whoever done this…I want him to see this and hear this every day. You shot an innocent kid, man, who wasn’t even in the world yet, didn’t have a chance to breathe his first breath on his own without a machine, innocent to everything that was going on around him.
“And you shot him. So I want you to suffer, man.”
Please pray for Sims to have peace and to find forgiveness in her heart. 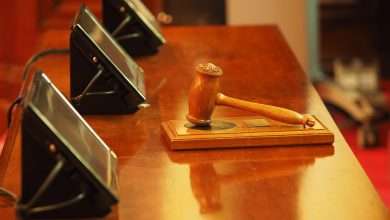 Closing the door on refugees is not the answer, says Pope