Viewers criticized both Lopez and Columbian singer Shakira for their immodest, lustful, and immoral performance, leaving people feeling the need to change the channel.

However, impurity was not the only issue in this year’s halftime performance. Jennifer Lopez appeared to blasphemously mimic Our Lord while lustfully dancing half-naked on a stripper pole. The backup dancers also appear to bow down to Lopez.

Here’s a screenshot below:

This year’s Super Bowl theme supposedly was “female empowerment,” but many did not agree.

One of Johnson’s tweets reads, “I think maybe the NFL doesn’t know what ‘female empowerment’ means. Cause it wasn’t that halftime show. ”

Another tweet reads, “Ladies. Don’t cry about being disrespected if you aren’t behaving like a respectable woman. Class is always in style.”

Hadro tweeted, “Yes, Shakira and J.Lo are in great shape. / Yes, I’m amazed they are 43 and 50. / Yes, I’ve grown up as big fans of theirs. / No, I would not consider that half-time show as “female empowerment.” / #SuperBowlLIII”

The World Over host Raymond Arroyo said his 16-year-old did not approve of the performance.

Arroyo’s tweet reads, “My 16 year old just now: ‘The #Superbowl is the only time of the year when it is socially acceptable to watch half-naked women with your family.’ #PepsiHalftime #theseKidsDontLie”

‘Closeness does us good,’ says Pope ahead of Sweden visit 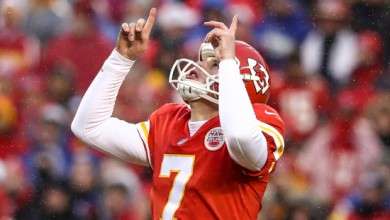 Responding to claims of Vatican's financial mismanagement, Archbishops says; betrayal was a slap in the face to the Holy Father