At the very beginning on his pontificate, St. John Paul II explained how every group of people needs to be committed to peace.

St. John Paul II lived through a series of oppressive governments and saw first-hand the consequences of hatred and violence. It was an experienced that formed his pontificate, and he never ceased to promote peace wherever he went.

In particular, on the World Day of Peace in 1986 he read a type of “litany of peace,” appealing to different groups in society to promote peace.

He firmly believed that everyone needed to work for peace in order for it to endure. May we take heed of his words and remind our friends and family that we need to unite for peace to work.

Dear friends, brothers and sisters all: at the beginning of a new year I renew my appeal to all of you to put aside hostilities, to break the fetters of the tensions that exist in the world. I appeal to you to turn those tensions of North and South, East and West into new relationships of social solidarity and dialogue. To you, politicians and statesmen, I appeal: to give the leadership that will incite people to renewed effort in this direction.To you, businessmen, to you who are responsible for financial and commercial organizations, I appeal: to examine anew your responsibilities towards all your brothers and sisters.To you, military strategists, officers, scientists and technologists, I appeal: to use your expertise in ways that promote dialogue and understanding.To you, the suffering, the handicapped, those who are physically limited, I appeal: to offer your prayers and your lives in order to break down the barriers that divide the world.To all of you who believe in God I appeal that you live your lives in the awareness of being one family under the fatherhood of God.To all of you and to each one of you, young and old, weak and powerful, I appeal: embrace peace as the great unifying value of your lives. Wherever you live on this planet I earnestly exhort you to pursue in solidarity and sincere dialogue:Peace as a value with no frontiers:North-South, East-West,everywhere one people united in only one Peace. 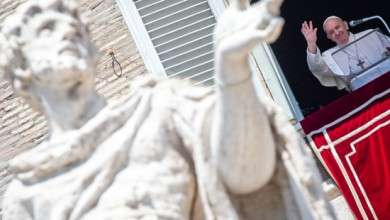 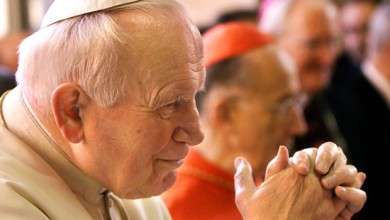 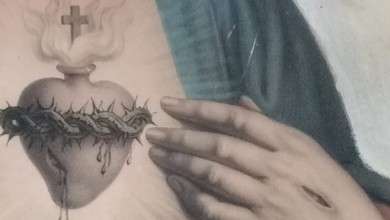 Father, Son, and Spirit Are Distinct