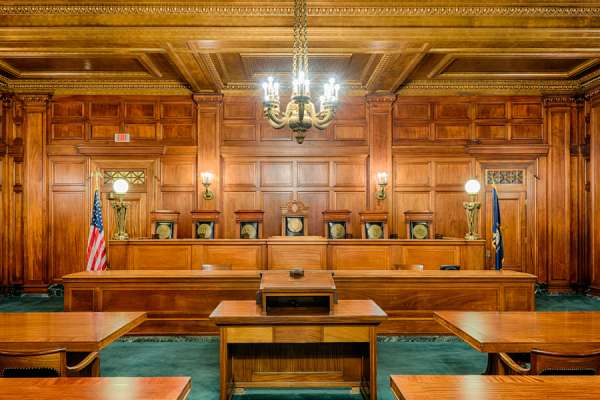 The Kentucky Supreme Court heard oral arguments on Friday in the case of a Christian business owner who is facing punishment for declining to print shirts for a LGBT Pride festival because of his faith.

Frankfort, Ky., (CNA) – “The right to decide which ideas to express is core to human freedom. The Commission violated that freedom by ordering Blaine Adamson to print messages that violate his religious beliefs,” Jim Campbell, senior counsel with Alliance Defending Freedom who argued the case before the Kentucky Supreme Court, stated after oral arguments in the case on Friday.

Blaine Adamson, owner of the Lexington, Kentucky-based print shop Hands On Originals, was sued for declining to print T-shirts promoting a Lexington Pride festival in 2012. His business had been requested by the Gay and Lesbian Services Organization, but Adamson declined to print the shirts because he believed that to do so would violate his Christian faith. He did refer the group to other companies.

In 2014, the Lexington-Fayette Urban County Human Rights Commission ruled that Adamson violated an anti-discrimination ordinance, and ordered him to print the shirts and undergo diversity training.

Adamson challenged the decision and won in a Kentucky court in 2017; the case has since been appealed to the state supreme court, and oral arguments before the court were heard Aug. 23.

Speaking to reporters and supporters after oral arguments, Adamson said that “I will work with any person, no matter who they are, and no matter what their belief systems are. But when I’m presented with a message that conflicts with my faith, that’s just something I cannot print.”

“I don’t walk into my business every morning and leave my faith at the door,” he said. “For the last seven years, the government has tried to punish me for declining to print a message that went against my conscience.”

In oral arguments, Campbell emphasized to the court that Adamson’s company Hands On Originals “serves everyone,” but reserves the right not to print certain messages it deems inappropriate or that would otherwise conflict with Adamson’s Christian faith.

Campbell said that Adamson, in his initial conversation with representatives of the Gay and Lesbian Services Organization who were looking for a shirt promoting the Lexington Pride Festival, only declined to print the shirts after he asked and learned what would be printed on the shirt.

Campbell argued that this constituted a “substantial burden” on Adamson’s religious beliefs, as defined by the Supreme Court in Holt v. Hobbs.

Opposing Adamson, and representing the Commission, attorney Edward Dove said that Hands On Originals “practices censorship” according to Campbell’s admission.

“That’s why we have a public accommodation ordinance,” he said, to protect against people enduring discrimination as they seek to enjoy goods.

“They can do anything they want in the name of religion and censor any message they don’t like, which would affect the free speech argument in the country,” he said of Hands On.

Justice Michelle Keller asked Campbell how far the government could go to mandate that the shirts for the Pride festival be printed, asking if a disclaimer could be put on shirts saying the messages do not reflect the views of Hands On.

Adamson and other business owners have a constitutionally-protected “individual freedom of mind,” Campbell said, with an “individual dignity” to protect free expression.