Jesus invites us to spend more time in the “wilderness” during Lent to help heal our soul.

In the Gospel of Matthew it says, “Jesus was led up by the Spirit into the wilderness” (Matthew 4:1).

This might seem like a minor detail, but this action of Jesus in getting out of the city and into the “wilderness” is becoming increasingly more relevant (and necessary). Americans in particular are spending more of their time indoors, barely seeing the light of day. According to the Environmental Protection Agency (EPA), Americans spend an average of 93% of their life indoors.

Our modern lifestyles have created an unnatural break from the natural world and we are now more familiar with buildings than trees.

One of the reasons why we should consider spending more time outside and on nature walks is because of the many benefits it can have on our physical and spiritual health. Not only has it been shown to lower depression and stress, it also improves our own behavior toward others. Another study found that “patients with the view of trees tolerated pain better, appeared to nurses to have fewer negative effects and spent less time in a hospital.” It has even been shown that “contact with nature positively impacts blood pressure, cholesterol [and] outlook on life.”

Besides the positive effects it can have on our bodies, trekking outdoors also benefits our souls. In one study focused on children spending 5-10 hours a week outdoors, the children “believed that a higher power had created the natural world around them. They also reported feeling awestruck and humbled by nature’s power, such as storms, while also feeling happy and a sense of belonging in the world.”

Pope Francis points out in his encyclical, Laudato si’, that Jesus looked tenderly upon nature and its beauty led to many spiritual connections.

The Lord was able to invite others to be attentive to the beauty that there is in the world because he himself was in constant touch with nature, lending it an attention full of fondness and wonder. As he made his way throughout the land, he often stopped to contemplate the beauty sown by his Father, and invited his disciples to perceive a divine message in things: “Lift up your eyes, and see how the fields are already white for harvest” (Jn 4:35).

St. Francis of Assisi is a great model of a saint who allowed nature’s beauty to penetrate his soul, lifting it up to God.

What is more, Saint Francis, faithful to Scripture, invites us to see nature as a magnificent book in which God speaks to us and grants us a glimpse of his infinite beauty and goodness. “Through the greatness and the beauty of creatures one comes to know by analogy their maker” (Wis 13:5); indeed, “his eternal power and divinity have been made known through his works since the creation of the world” (Rom 1:20). For this reason, Francis asked that part of the friary garden always be left untouched, so that wild flowers and herbs could grow there, and those who saw them could raise their minds to God, the Creator of such beauty. Rather than a problem to be solved, the world is a joyful mystery to be contemplated with gladness and praise.

When you are considering a Lenten “sacrifice,” try to spend more time in nature, allowing the beauty of creation to heal your soul, praising God for the wonders of his handiwork. 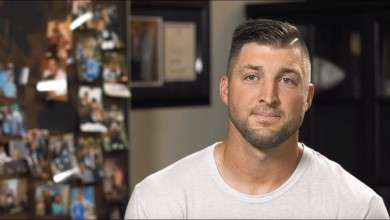 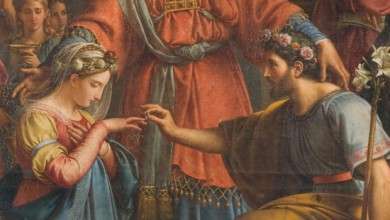 The Muslim Re-Conquest of Europe 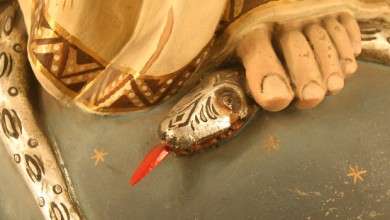