“May the Lord free us from this psychology of division, of dividing,” Francis prays. Also offers Mass for families, and victims of domestic violence.

Let us pray today for families: In this time of quarantine, shut up in their homes, families are trying to do so many new things – so much creativity with the kids, with everyone, so as to keep going forward. And then there’s the other thing: that sometimes there is domestic violence. Let us pray for families, so that they keep going in peace with creativity and patience in the quarantine.

This was Pope Francis’ intention for morning Mass of May 4.

The Holy Father’s homily focused on unity in the Church, despite differences. It revolved around two poles: the story of the criticism of St Peter by the early Church for eating with sinners, and the message of Jesus in the Gospel, “I am the shepherd of all.”
In the first reading, from the Acts of the Apostles, the Christian community in Jerusalem reproached St Peter for eating with pagans.

The purity of the law didn’t permit this. But Peter had done it because the Spirit had led him there. There is always in the Church — and in the early Church, there was a lot, because things weren’t clear — this spirit of “we are the just ones; the others are sinners.” This “us and them”; “us and them” — divisions.

The Holy Father spoke of religious parties, like political parties, noting that there were at least four that were common in the time of Jesus, and which led to Jesus also being criticized for eating with sinners.

This is a disease of the Church born of ideologies, Pope Francis said. He warned that our commitment to an ideological position can become more important than listening to the Holy Spirit Who guides us. This can lead to divisions.

There is a retired cardinal who lives here in the Vatican, a good pastor, who told his faithful: “The Church is like a river, you know? Some are more on this side, some are more on the other side, but what’s important is that all are in the river.” This is the unity of the Church. No one outside, everyone within. Then the specific characteristics: Those aren’t divisions, they aren’t ideologies; this is permitted. But why does the Church have such a wide river? Because the Lord wanted it like that.

The Pope emphasized the words of Jesus, “I have other sheep that do not belong to this fold. These also I must lead, and they will hear my voice, and there will be one flock, one shepherd” (Jn 10:16). The reality that “everyone in Jesus is important,” the Pope said. Jesus “died for everyone,” he insisted. He died not only for the good and the just, but even for those who make our lives difficult, for the thief, even for those who don’t believe in Him. “He died for everyone.”

His prayer is for the unity of all men and women, “because we all have one Shepherd, who is Jesus.”

May the Lord free us from this psychology of division, of dividing, and help us to see this in Jesus, this great aspect of Jesus: That in him, we are all brothers and sisters and he is the shepherd of all. This word, today: “Everyone, everyone.” May it accompany us during the whole day. 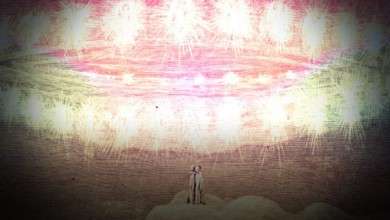 Hidden Angelic Armies: What an Obscure OT Story Reveals About the Supernatural 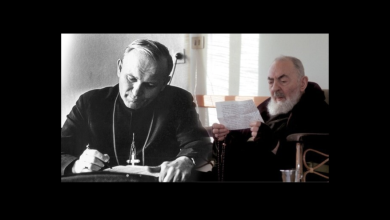 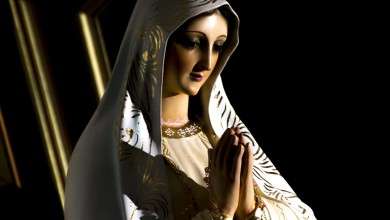 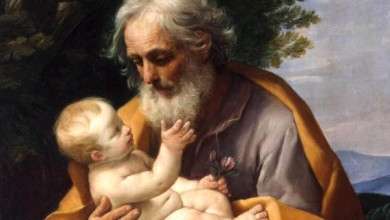