The stone huts Skywalker inhabits in ‘The Last Jedi’ are steeped in Christian meaning.

In the latest chapter of the Star Wars saga, Luke Skywalker and new heroine Rey find themselves on an otherworldly island planet. The audience is told in The Force Awakens that the island is the location of the first Jedi temple. Interestingly, the spiritual home of the Jedi was filmed at a real-life monastery off the coast of Ireland and the huts on the island have rich spiritual symbolism.

After arriving on the island now known as Skellig Michael, Christian monks in the 6th century had to create a dwelling that was both functional and spiritual. Over the subsequent centuries they built a style of buildings that can be found in many places in Ireland, popularly known as the “beehive” hut. The stone structures were built with the local rocks available to them and were created to shield the monks from the harsh weather atop the rock they lived on.

Archaeological evidence has identified the remains of six beehive cells and each cell typically housed 2-3 monks at a time. They were mainly used as sleeping quarters. It is believed that no more than 12 or 13 monks lived on the island at one time.

The cells were designed with a distinct architecture that resembles an ancient artificial beehive called a skep. A skep was essentially a domed woven basket that was kept over the bees. Bees were revered both in pagan cultures as well as in Christianity and were familiar to the ancient people of Ireland. They were seen as symbols of wisdom and the bees’ ordered life in the hive provided ample meditation for the monastic monks.

Saint Francis de Sales highlights the activity of bees in an analogy, relating it to the sacrifice of the Mass, “When the bee has gathered the dew of heaven and the earth’s sweetest nectar from the flowers, it turns it into honey, then hastens to its hive. In the same way, the priest, having taken from the altar the Son of God (who is as the dew from heaven, and true son of Mary, flower of our humanity), gives him to you as delicious food.” The monks on Skellig Michael frequently received the “dew of Heaven,” and then returned to their beehive huts to meditate on the many mysteries of life.

So when you see The Last Jedi in theaters and watch as Luke Skywalker comes out from his beehive hut, think of the monks who once lived there and who used those huts for meditation and contemplation, savoring the honey they received from God. 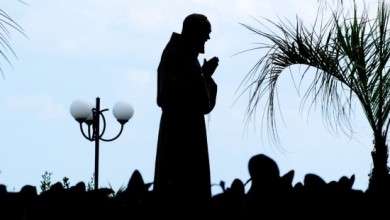 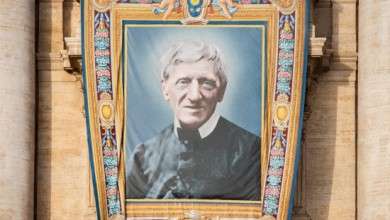 Meet the five new saints of the Catholic Church 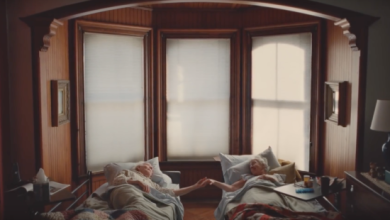