Which famous theologian wrote the following?
I firmly believe that Mary, according to the words of the Gospel as a pure Virgin, brought forth for us the Son of God, and in childbirth and after childbirth forever remained a pure, intact Virgin.
No, it’s not from St Louis de Montfort’s True Devotion to Mary. It’s from the writings of Ulrich Zwingli – perhaps the most extreme of the 16th-century Protestant Reformers.
Zwingli isn’t the only Reformer to have affirmed traditional Christian teaching on Mary’s perpetual virginity. Luther defended the dogma after being excommunicated. Calvin is more difficult to pin down. He mocked the idea that Mary took a vow of virginity as “barbarous tyranny,” but rejected the view that Mary had other children after the birth of Jesus in equally strident terms as “excessive ignorance”.
Bishop Hugh Latimer – a staunch Protestant burned at the stake by Queen Mary – goes to great lengths in his St Stephen’s Day Sermon of 1552 to rebut the arguments of those who reject Mary’s perpetual virginity, blasting them as “heretics” who “violate, toss, and turmoil the Scriptures of God, according to their own fantasies and foolish minds.” In a letter to a Catholic in 1749, Methodist founder John Wesley – himself an Anglican priest – professed his belief that Mary “as well after as before she brought [Christ] forth, continued a pure and unspotted virgin.”
With this in mind, it is intriguing to see how universally – and often how vociferously – ancient Christian teaching on Mary is rejected by most evangelical Protestants today.
A typical example comes from respected Presbyterian scholar Peter Leithart, who has just published a robust attack on the doctrine of Mary’s perpetual virginity at First Things.
Leithart claims that that when the Gospels say Joseph did not have relations with Mary “until she had borne a son” (Matt 1:25), this implies the couple did have marital relations after she gave birth.
To understand why this view is mistaken, Leithart need only have consulted the footnotes of the classic Protestant Geneva Bible published in 1560, in which the translators note that the word “until” is not an indication that something different happened afterward. When Jesus says, “I am with you always, until the end of the world” (Matt 28:20), obviously this does not mean he ceases to be with us in the afterlife.
Leithart claims that Joseph did not have sex with Mary during her pregnancy because the temporary presence of Jesus within her body rendered it holy, like the Temple in the Old Testament. After this, however, she “reverted to ‘common’ status.”
But this is to overlook what the Trinity teaches us about what it means to be a person – that who we are as persons is defined, in part, by the relationship we have to other persons. Mother of God (Theotokos) – the relationality that Mary had to Jesus – was not a function she performed for a period of time, like an incubating machine. It was part of who Mary was as a person, and who she was always destined to be.
The Council of Ephesus in 431 reaffirmed Mary’s traditional title of Mother of God, not for the sake of her own honour but to rebut Nestorianism, a bizarre Christological heresy which claimed that Jesus, while one individual, was two persons (one human and one divine). Ancient Marian teachings all serve a similar function, protecting the integrity of what Christians believe about Jesus.
Where Mary’s role in the economy of salvation is denigrated, the result is not greater focus on Christ, but a re-emergence of ancient Christological heresies, as seen in Protestant churches during the nineteenth and twentieth centuries (Catholicism has been remarkably free of this tendency, despite ongoing theological crises since the 1960s). The Protestant Reformers realised this connection. That’s why, as historian Sir Diarmaid MacCulloch notes, they treated Mary with “reverence and affection” as a “guarantee of the Incarnation of Christ.”
In today’s world, the doctrine of Mary’s perpetual virginity reminds us of our eternal destiny in relationship to Jesus.
Sex within marriage is good and holy. But celibacy – or perpetual virginity – is in a very specific and limited sense, a more perfect state. It is not morally better. Consecrated virgins are not making a more ethical lifestyle choice. But it is more perfect in an eschatological sense, because total consecration to God comes nearer to the state towards which we are journeying in the afterlife, where “they neither marry nor are given in marriage” (Matt 22:30).
Yet Mary had already attained perfect union with God, and the Promised Land toward which we are currently all on a journey, was contained in her womb. That is why, as St Ephraim says, the ever-virgin Mary is a “heaven for us.”
by Aaron Taylor 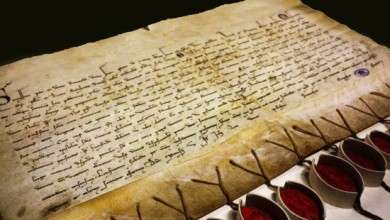 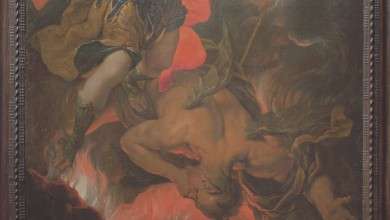 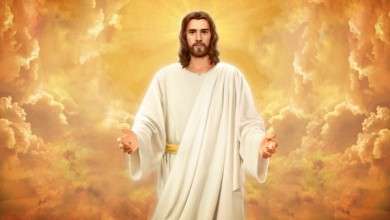 PRAYER FOR THIS MORNING (THURSDAY, JUNE 25)