Mark Wahlberg is an unusual figure in Hollywood: an acting superstar who says “Being a Catholic is the most important aspect of my life”, and that he can’t start the day without 10 minutes of prayer.
Now he is preparing for his most Catholic role yet: he will play Fr Stuart Long, an American priest and former boxer who died in 2014 at the age of 50.
Wahlberg announced on Wednesday that he is teaming up with his long-term collaborator, director David O Russell, on a screenplay about the priest’s life.
Fr Long had retired from prizefighting after a boxing injury forced him to have major reconstructive surgery on his jaw.
He subsequently became a museum manager. Then his life was turned upside down by a motorcycle accident in which he nearly died.
His search for truth led him to the Church, and then to seminary. But even before his ordination in 2007, Fr Long was struck by inclusion body myositis, a rare autoimmune disease. Much weakened, and moving around in a power chair, Fr Long continued his priestly ministry, becoming (as a local Catholic newspaper, Angelus, says) “a beloved priest, confessor and friend to countless people”.
According to Angelus, Fr Long “once remarked that his infirmity was the best thing that ever happened to him, because it allowed him to shed the pride he had felt for most of his life.”
Speaking in a Facebook Q&A, Wahlberg announced: “David O Russell and I are working on developing a script about Father Stu, who was an amazing priest from Helena, Montana. He was a very tough guy who was a fighter, a football player… anything but a spiritual guy. He found his calling, and decided, after falling in love with a woman, that he wanted to become a priest.
“He suffered from this horrible muscular degenerative disease but was still ordained as a priest and passed away, but not before he was able to inspire thousands upon thousands of people. I think it’s an amazing, inspirational story, so David and I are working on that right now.“
Russell and Wahlberg have previously collaborated on The Fighter, a biopic of the Bostonian boxer Micky Ward. Wahlberg was nominated for a Best Actor Oscar for his performance in the title role – his second Oscar nomination. 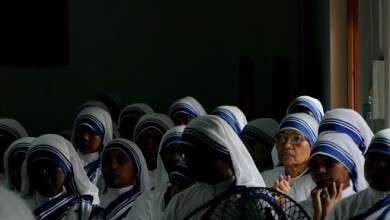