Jeremy Hutchinson said Whitehouse has been ‘vindicated by history’

Mary Whitehouse was right to pursue her campaign against obscenity, one of her former opponents has said.
Jeremy Hutchinson – the barrister who argued the defence’s case in Whitehouse’s private prosecution against the play The Romans in Britain for indecency – commented to The Times that the socially conservative campaigner has been proved right about her fears of “moral loosening” in the UK.
Referring to the rise of social media, Lord Hutchinson, 101, told The Times: “It was a personally reasonable view that perhaps morals have become a bit too loose with exposure to pornography and violence and computer games. I think in many areas they probably have, but the genie is out of the bottle.”
Whitehouse, who died in 2001, was renowned for her Clean Up TV Campaign which sought to raise the moral standards of television shows. In 1982, she pursued a private prosecution against The Romans in Britain director Michael Bogdanov which was showing at the National Theatre. Lord Hutchinson led the defence team, and after cross-examining a witness caused the collapse of the trial on the third day, reducing the courtroom to laughter.
Speaking at the Cheltenham Literature Festival, Lord Hutchinson’s biographer, Thomas Grant, told the audience that Lord Hutchinson had a “great respect” for Whitehouse and believed that she had been “vindicated to some extent by history”. 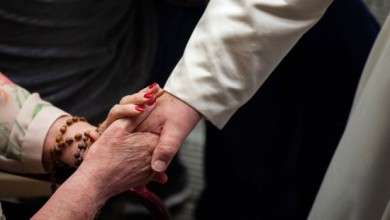 I can forgive an abuser, but understand those who can't, Pope says