Advertisement
The General Secretariat of the Synod of Bishops announced the launch of a new website for the upcoming synod on youth, and encouraged young people to take the survey available there.
The theme for the 50th General Assembly of the Synod of Bishops, set to take place in 2018, is “Young People, the Faith and the Discernment of Vocation.” It follows the much-talked about Extraordinary and Ordinary Synods of Bishops on the Family, held in 2014 and 2015 respectively.
While much of the new website is currently only available in Italian, it includes a survey for young people in multiple different languages: Italian, English, French, Spanish and Portuguese.
The answers to the survey will be sent to the synod’s Secretary General, Cardinal Lorenzo Baldisseri, through November 30, 2017, and will be used to provide the bishops with an understanding of what it’s like to be a young person in the Church.
The preparatory document for the synod defines youth as being individuals 16-29 years old, but also takes into account that the definition of “young” is different depending on where you’re from. The survey allows for answers from people born in the year 1950 or later.
The broad survey includes questions about education, home and family life, what young people think about themselves, and how much trust they have in institutions such as the government and the Church.
It is part of an “extensive consultation that the General Secretariat is doing at all levels of the people of God,” according to a Vatican statement.
The website also includes videos, photos and messages from the Pope to young people, as well as the preparatory document and a history of the synod.
The theme for the 2018 synod was announced in October 2016.
“Through every phase of this Synod, the Church wants again to state her desire to encounter, accompany and care for every young person, without exception,” the preparatory document reads.
“The Church cannot, nor does she wish to, abandon them to the isolation and exclusion to which the world exposes them.”
According to the document, the Church wants to ask young people how best to reach them with the message of the Gospel.
“By listening to young people, the Church will once again hear the Lord speaking in today’s world. Listening to their aspirations, the Church can glimpse the world which lies ahead and the paths the Church is called to follow.”
Advertisement
Raphael Benedict Send an email June 15, 2017Last Updated: June 15, 2017
2 minutes read
Facebook Twitter WhatsApp Telegram Line Share via Email
Advertisement 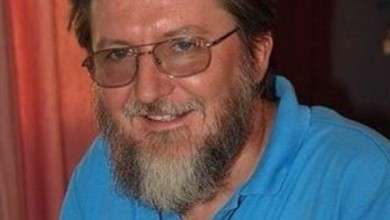