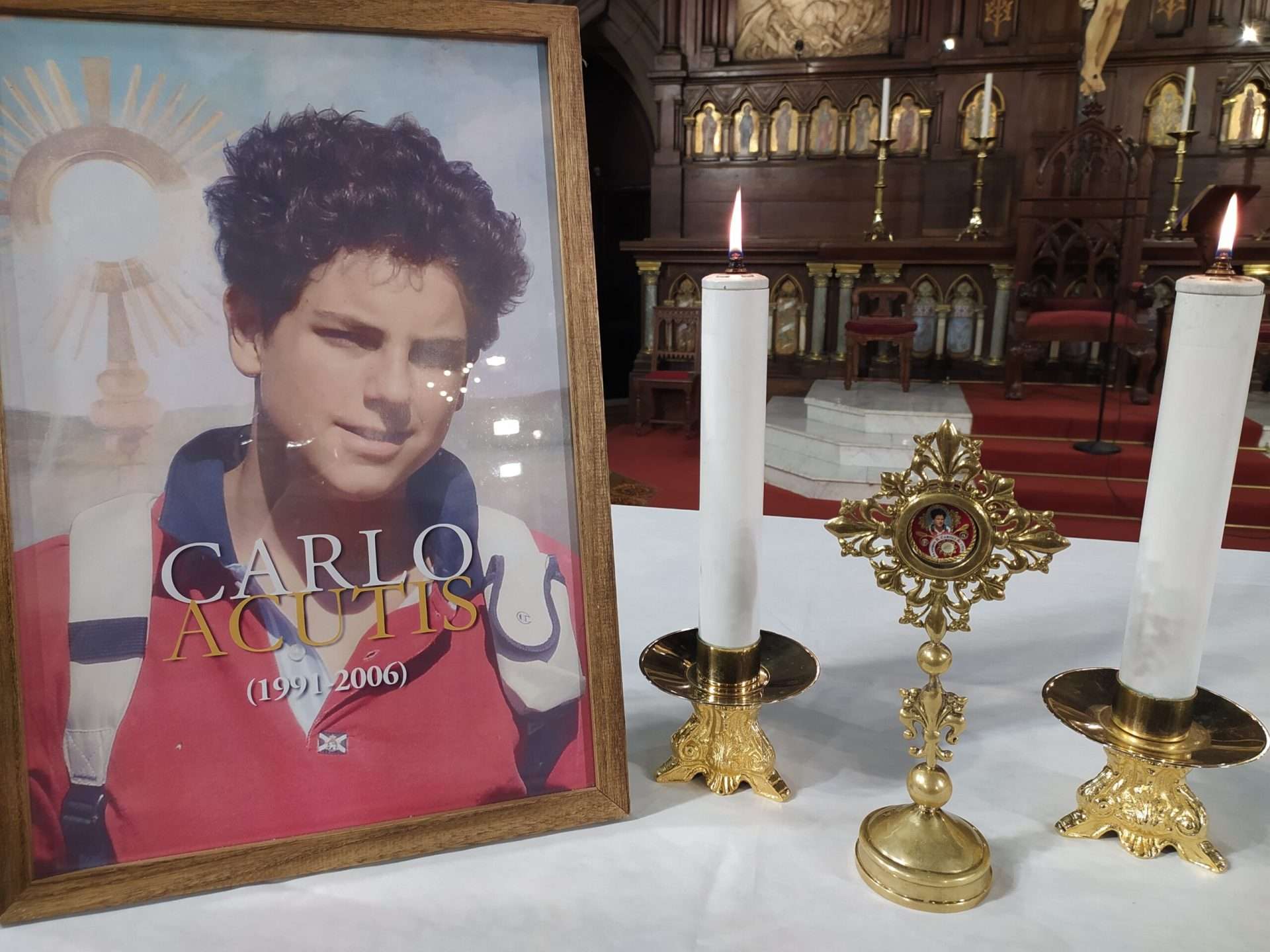 Carlo Acutis is the first millennial to be declared Blessed.

Mattheus Vianna was diagnosed at the early age of two with annular pancreas, a very rare congenital disease. The doctors feared that the very surgery he needed to live was not going to go well.

Because of the symptoms associated with his condition he was restricted to liquid diets which caused him to be underweight and small for his age.

His family believed nothing short of a miracle was going to save their son.

Father Marcelo Tenorio, a friend of the family collected a relic from Carlo Acutis’ mother and invited people at mass to ask for the Holy-geek’s intercession for healing. Matheus’ mother heard of the prayer and decided to pray for a cure for her son.

On October 12, 2013, the young Mattheus was taken to receive a blessing with the saint’s relic. According to Aleteia, the boy touched the cloth and asked to “stop throwing up”. After then, he was able to each solid food again and never vomited as he usually did. When doctors conducted tests on the boy they discovered he had been completely cured of the disease.

After a thorough investigation, Mattheus’s miracle with Carlos’ intercession was officially approved on the 22nd of February 2020 and his cause would advance.

Mattheus’ mother shared with the Brazillian media that he saw this as an opportunity to evangelize:

“Before, I didn’t even use my cell phone, I was averse to technology. Carlo changed my way of thinking, he was known for talking about Jesus on the Internet, and I realized that my testimony would be a way to evangelize and give hope to other families. Today I understand that everything new can be good, if we use it for good.”

Carlo Acutis was beatified on October 10, 2020, by Pope Francis. He will be pronounced saint after one more miracle as is the custom of the Church.

Pope Francis had this to say about the saint:

“He did not rest in comfortable immobility. He grasped the needs of his time, because he saw the face of Christ in the weakest,” expressed the pope, adding that Carlo’s example shows young people “true happiness is found in putting God in the first place and serving Him in our brothers and sisters.”