When Italy was hit by a series of earthquakes in 2016, entire cities were destroyed. But miraculously, one 15th-century doll of the Christ Child survived.
The doll was confirmed to be an object of the “Madonnas and Miracles: The Holy Home in Renaissance Italy” exhibition at the Fitzwilliam Museum.
The doll was venerated at the monastery of Santa Chiara, which was nearly completely destroyed by a quake.
The doll miraculously survived the event entirely unscathed.
It was created in the 15th century for St. Camilla Battista da Varano, a princess who gave her life to the Lord and became a nun.
It was St. Camilla who had visions of the Blessed Virgin kissing the Christ child.
Christ Child dolls were popular in her day, with many Italian women owning similar ones they dressed and cared for in a mimic of how the Virgin once cared for baby Jesus.
In its long history, the Christ Child doll has never left Italy – but it will soon.
The doll is to be exhibited with other works of art from the 15th and 16th centuries. They will be on display in Britain in what curators hope will challenge the “idea of the Renaissance as an age of increasing worldliness” and to show “how religion remained a powerful force that coloured every aspect of daily life.”

Promotions for the exhibit read: “Across the length and breadth of Italy, houses were filled with decorative objects and works of art with spiritual significance, designed to aid members of the family in their devotional lives.”
The art exhibit, titled “Madonnas and Miracles: The Holy Home in Renaissance Italy,” will run in Britain from Tuesday, March 7 to June 4th.
By Kenya Sinclair 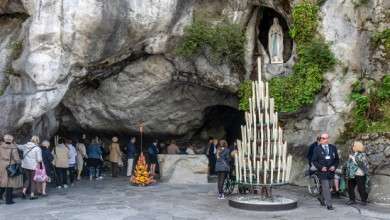