Award winning indigenous rights activist Berta Cáceres, who rallied the indigenous Lenca people of Honduras and waged opposition to a hydroelectric project, was shot dead in her home by gunmen on March 3.
More than 25 Catholic associations has joined forces with NGOs in condemning the gruesome murder of the Honduran environmentalist leader, calling for a change in US policy toward assistance in the region.
In an open letter to U.S. Secretary of State John Kerry the organizations expressed their shock over the murder and called on the government to do a proper investigation into the crime, urging a response from the state department not to allow the killing of Caceres to go unsolved and unpunished.
The letter states:
“With this tragic loss, we join together to call for more systemic change. We ask that the State Department make clear to the Honduran government that future partnership and funding depends on demonstrating the political will to investigate and prosecute this crime and all crimes against human rights defenders.
“The Honduran government must make the mechanism for protection of human rights defenders, journalists, media workers and justice operators fully operational and adequately funded, with protection measures consulted with beneficiaries. It must guarantee freedom of expression, including by ending harsh, constant repression of social protests, ensuring an immediate end to intimidating public statements by government officials and members of the military and police that place human rights defenders and journalists in danger, and ending specious prosecution of human rights defenders.”
Before she died, Berta Caceres had told the police she had received death threats and not much was done about the threats she received. In 2014, Caceres participated in the World Meeting of Popular Movements at the Vatican and in 2015, she was awarded the Goldman Prize, one of the most prestigious awards for grass-roots environmentalism.
Berta Cáceres’ death confirms what a 2015 report by Global Witness has shown: Honduras is one of the world’s most dangerous countries for environmental activists. At least 109 environmental activists were murdered between 2010 and 2015.
“Berta Caceres united us in the patriotic sentiment of a struggle for justice from the worldview of the original peoples, working for the construction of a new society and world where no family lacks housing, no worker lacks a job and no campesino lacks land,” Caritas Honduras said in a March 5 statement.
The letter also asked the U.S. Government to urge the Honduran government to meet its obligation to ensure prior, free, and informed consent of indigenous communities, and that the U.S. government must stand with those who are putting their lives on the line for the protection of human rights and the environment in Honduras.
Finally, the statement stated, “we urge the State Department to suspend all assistance and training to Honduran security forces, with the exception of investigatory and forensic assistance to the police, so long as the murders of Berta Cáceres and scores of other Honduran activists remain in impunity.”
Signatures of different religious and social organizations including Catholics in Alliance for the Common Good, Leadership Conference of Women Religious, the US province of the Missionary Oblates of Mary Immaculate and Christian Church (Disciples of Christ), Refugee and Immigration Ministries were on the letter. 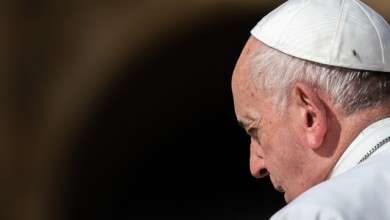