If, then, there are serious motives to space out births, which derive from the physical or psychological conditions of husband and wife, or from external conditions, the Church teaches that it is then licit to take into account the natural rhythms immanent in the generative functions… [Pope Paul VI, Humanae Vitae 16]

For just reasons, spouses may wish to space the births of their children. It is their duty to make certain that their desire is not motivated by selfishness but is in conformity with the generosity appropriate to responsible parenthood. Moreover, they should conform their behavior to the objective criteria of morality. [Catechism of the Catholic Church 2368]

However, profoundly different from any contraceptive practice is the behavior of married couples, who, always remaining fundamentally open to the gift of life, live their intimacy only in the unfruitful periods, when they are led to this course by serious motives of responsible parenthood. This is true both from the anthropological and moral points of view, because it is rooted in a different conception of the person and of sexuality. The witness of couples who for years have lived in harmony with the plan of the Creator, and who, for proportionately serious reasons, licitly use the methods rightly called “natural,” confirms that it is possible for spouses to live the demands of chastity and of married life with common accord and full self-giving. [Pontifical Council for the Family, Vademecum for Confessors Concerning Some Aspects of the Morality of Conjugal Life, 2.6]

Serious motives, just reasons, proportionately serious reasons. The Church teaches the necessity of just or serious motives or reasons for couples to use the infertile periods of a woman’s cycle for the purpose of spacing births. In doing so she is trying to insure that the natural methods of spacing children are used in a virtuous and loving way, i.e., unselfishly. Serious reasons mean important, or non-trivial, reasons, deriving “from the physical or psychological conditions of husband and wife, or from external conditions” (HV 16). Just reasons are, likewise, reasons which correspond to the truth of marriage and the situation of the couple. It is the nature of justice to correspond to the truth. Both terms, serious and just, presumes there can be selfish, trivial or unjust reasons for using NFP, reasons not in keeping with the nature of marriage as a community of life and love.

With the increased use of NFP in recent decades the Church has discovered that the informed practice of NFP actually builds virtue. In other words, couples who have used NFP become unselfish by using NFP properly. Thus, the Church has learned that if authentic virtue is weak or absent at the beginning, using NFP properly instills it! Love is a choice in one’s will to give oneself to another. But that choice is founded on the recognition of the dignity of the other as well as the dignity of oneself (who would give oneself to another if one thought the gift worthless?). Therefore, anything which leads to a greater appreciation of the dignity and value of human beings fosters love.

The human body is the expression or manifestation of the human person. John Paul II speaks of the body as revealing the person and when we express God-like acts through the body, the body is actually a physical image of God. Pope John Paul II goes so far as to say that the human body speaks a language. (Theology of the Body series, as well as Familiaris Consortio.) Since we are created to act as God acts, and He LOVES, we are created to love as He does. Since we have bodies, and we express our acts in and through our bodies, God gave us a means of expressing love physically. Since true, authentic love is THE most God-like act possible for human beings (because it is the most God-like act), and since the body has the possibility of expressing this love, the study of those powers of the body through which we can express an intimate self-giving love will reveal more about the person and even about God than the study of other aspects of the human body.

NFP is the study and knowledge of the bodily powers through which we bodily express conjugal love. NFP, therefore, reveals the dignity of both spouses to one another. In revealing this awesome dignity, it fosters love as well as a deep and abiding respect in each spouse for himself or herself and for the other. It also builds an unbelievable longing to share the infinite goods of human life with others, i.e., with children. NFP then builds a respect for human life. With this respect in place through the use of NFP, any decision by a couple to try to achieve a pregnancy or to avoid will be made for a good reason. It is not that serious reasons are not necessary—they are. But, a couple practicing NFP after taking the classes and knowing the method, practicing their faith attending Church and receiving the sacraments, with an active prayer life, and conscientious about the religious education of their children, will, if they decide to avoid a pregnancy, have serious reasons. This is what was meant by saying that virtue results from using NFP. It should also be noted that NFP couples generally discuss whether or not to try to achieve a pregnancy every single month. This re-examination also builds a respect for life.

Pastors routinely try to persuade engaged couples to use NFP after they are married. Most engaged couples, however, will tell the priest that they want to avoid a pregnancy, at least for awhile. Pastors are very pleased if they are able to convince the couple to use NFP. As the experience of the last twenty or thirty years shows, NFP helps build marriages with authentic love. What happens is that the general attitude of these couples to avoid a pregnancy is contradicted by the specific attitude of each marital act which is open to life. Eventually the specific attitude changes the general attitude and couples often surprise themselves by giving life to more children than they ever thought possible. 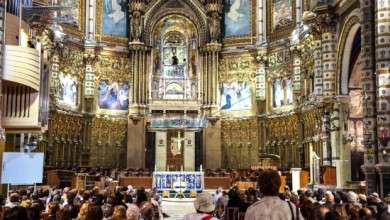