Advertisement
What if proof for God’s existence – and our very souls – could be found within our DNA?
Published in September of this year by Howard Books, Bruce Buff’s novel “The Soul of the Matter” is the first in his three-part fictional series that grapples with faith and reason. In an interview with CNA, Buff discussed his reasons and inspirations behind this unique thriller. He reflected on how his faith has affected this novel, the importance behind faith and reason, and the influences which have gone into the creation of his new book.
Below is the full text of the interview:
CNA: What is your faith background, and how does it inform the novel?
Buff: I’m a practicing Catholic whose initial faith formation – grammar school religious ed and two years of Catholic high school – was enough to teach me the basics though without a lot of understanding. I had this view that if I was generally good to others, that was enough. Then my faith changed and deepened dramatically starting in the summer 1994 when I picked up my father-in-law’s copy of C.S. Lewis’s “The Problem of Pain.” Reading that was extraordinary, and started a search that continues today. After reading Peter Kreeft’s “Making Sense Out of Suffering,” I saw that he was teaching at BC. Since I was working in eastern Connecticut, I was able to take Kreeft’s night course, “The Three Greatest Men Who Lived: Socrates, Buddha and Jesus.” For me, nothing has been the same since. Themes and questions that Lewis and Kreeft discuss, about the seeming incompatibility of a loving, all powerful God with widespread and horrific suffering, and what that means God wants from us, are raised in “The Soul of the Matter” series.

CNA: What does this have to say about the relation between faith and reason, and religion and science?
Buff: That science, properly understood, points clearly to God’s existence and our spiritual nature, that rather than being an exception, the supernatural is all around us. Consequently, faith and reason, religion and science, based on a good understanding of God will agree. Now of course there can appear to be significant differences between religion and science, such as the Biblical description of the origin of both the universe and humanity. I think there are good answers to this and other apparent differences but I’ll leave that to others to discuss.
CNA: Who do you hope to reach with this novel?
Buff: Anyone who likes thought-provoking thrillers. Beyond that, I want to reach people open to the idea that God exists. For those who share my Judeo-Christian beliefs, I hope my book helps strengthens some aspect of their thinking about science and faith. For others, I’d like them to understand that every moment of their life is their soul in action, that we are here by intent, and that God’s apparent, but not actual, absence means some important things about Him and His expectations for us that are worth further exploration.
CNA: How did you develop the science behind the book?
Buff: November 1999, sitting in my father-in-law’s office, working on my computer, the question of what connects bits inside a computer into words, or how pixels on the screen are transformed into images in our minds, popped into my mind and got me off and running on consciousness. Eventually, I concluded that if physics exists as scientists believe it does, then the material world alone cannot be the source of perceptions, awareness, cognitive thinking, and feeling. Therefore we have immaterial minds and every moment of our lives is our souls in action. I then realized that the immaterial mind challenges the Darwinian view of a completely naturalistic, unguided process as the complete explanation for human origin. In looking for a plausible sounding way, strictly for purposes of the story, that something could be encoded in DNA, I soon realized that there isn’t enough DNA to direct human development, turn a fertilized egg into an adult human, unless complex processing greatly expands the 3 billion DNA “letters” into a much larger set of information.
CNA: Where did you get the idea for the novel?
Buff: In 1986 or so, I saw a magazine cover that said that all humans have an identical 20 percent of DNA in common. I then thought that the idea that information could be deliberately hidden in DNA, and what that would be, could make for an interesting thriller. It was strictly fictional.
CNA: Which character do you feel like best expresses the message of the book?

Buff: Dan Lawson. He starts off with traditional religious training, becomes a person of today’s secular world, finds himself struggling with his state of mind and happiness, which causes him to choose between an exploration for ultimate truth or acceptance of despair.
CNA: Which authors are some of your major influences?
Buff: C.S. Lewis, Peter Kreeft, Walker Percy, Michael Crichton, and the Bible. I only began studying the latter in recent years, unfortunately. I’ve learned that a good companion guide is invaluable to help with context and meaning. Otherwise, it’s easy to misinterpret.
CNA: What influences did you draw the characters from?
Buff: I wanted them to reflect different worldviews and use their respective journeys and interactions as a way to explore ideas while hoping that readers will care about them. I imagined Dan as someone who has many gifts, everything has always come easy to him, and he’s tried to live the modern version of happiness. In one sense, he was headed towards what many now would consider the “ideal” life. His anger about some of the things he’s experienced has also shaped him sharply. Stephen started from the same place as Dan but is not angry, more open to self-examination, and choose a life that was a hybrid of the traditional and modern worldviews. Consequently, he was at different place. Trish is someone who seems like a naturally good person, who’s never thought about religion, but now is being exposed to ideas that are challenging her as well. Some readers have commented that there is more to Trish than meets the eye and that might be true.
CNA: Does “The Commission” or the “bad guy” Sarastro reflect a certain evil in the world today?
Buff: Absolutely. They are the logical extension of today’s predominant view that science, meaning the material world, is the sole explanation for everything. Once you buy into that, and deny God in the process, anything becomes possible. It’s ironic how much internal inconsistency there is with atheistic beliefs and behaviors. Of course Christians do a poor job of being Christians but that is consistent with being fallen creatures in need of redemption and grace. Few atheists recognize the contradictions inherent in their beliefs because, although they deny its existence and origin, they still possess the nature God gave them. 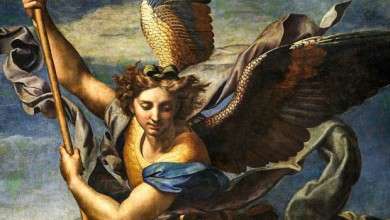 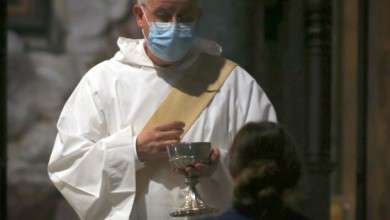 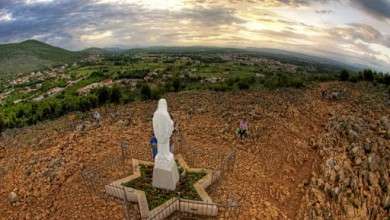