There are usually a few Masses per year at which there can be expected to be a large number of non-Catholics present. Christmas and Easter Masses are popular with non-Catholics, mainly because they are visiting Catholic family and friends. Nuptial Masses, especially when one of the parties to be married is a non-Catholic Christian, will have large turnouts of non-Catholics (sometimes up to half the congregation). Non-Catholics can also be expected at Masses offered for other sacramental firsts and life-cycle events, such as confirmations and funerals.
This reality raises a common question for the apologists here at Catholic Answers: What should happen at Communion time? Here’s a recent question I received on the issue.

In this case, both the priest and the inquirer were mistaken, to some extent, in their respective understandings of the Church’s sacramental discipline.
The priest was incorrect that Episcopalians ordinarily may receive Communion at a Catholic Mass. Since Episcopalians do not have valid holy orders, they do not have a valid Communion. The fact that they believe that Jesus is in some way present in the Eucharist does not necessarily mean that they fully share Catholic faith in the nature of the Real Presence (although some do).
The inquirer also was not entirely correct that those who receive Communion must be “in full union with Rome.” Orthodox Christians, and members of a few other Christian churches with valid holy orders and a valid Eucharist, are allowed to receive Communion when attending Catholic Masses. The Guidelines for the Reception of Communion state:

Occasionally, under special circumstances, a baptized non-Catholic Christian may receive the Eucharist if there is grave need, the Christian “spontaneously asks” for the sacraments, and if he cannot approach his own minister:

These guidelines, which are based on canon law, are rather complex and shot through with exceptions to the general principles. That can make it difficult for clergy and laity alike to offer blanket guidelines for reception of Communion when non-Catholics are present at a Catholic Mass.
And, all too often, off-the-cuff announcements made by the presider at Mass, usually right before Communion is distributed, do not accurately reflect the Church’s discipline on reception of the Eucharist. It may be more common these days to hear a variant of the announcement quoted earlier, inviting “all who believe in the Real Presence of Christ in the Eucharist” to receive Communion, but the less-common announcement that “Communion is reserved to practicing Catholics in a state of grace” also is problematic.
What can be done? Here are a few suggestions for clergy and laity alike.
Learn the guidelines. I trust that clergy are fully instructed in the guidelines for reception of the sacraments while in seminary. But because the guidelines are not easily boiled down to either “Come one, come all” or “Practicing Catholics only!” then I can only suggest regular reading of the USCCB’s Guidelines and the relevant section from canon law (canon 844). We have looked at the USCCB’s summary; here is canon 844:

Given the importance of access to the sacraments by all those duly permitted and properly disposed to receive them, Catholic and non-Catholic alike, I do not think it is unreasonable to recommend that priests and deacons memorize this canon and the USCCB’s Guidelines. Or, if memorization is impossible, clergy can print out both the canon and the Guidelines on the front and back of a laminated card and keep it on their person at all times, as police officers do with The MirandaWarning.
Publish the guidelines. The missalettes used in many American Catholic parishes often print the USCCB’s Guidelines, usually on the inside front cover. If a parish uses a missalette that has the USCCB’sGuidelines available, great. If not, then contact the USCCB and request permission to reprint the Guidelines onto card stock to create a sturdy insert that can be placed inside all of the parish’s missalettes. Extras can be placed in the parish’s literature racks.
Promote the guidelines. Once a parish has determined where its copies of the Guidelines are—whether they are already printed in the parish missalettes or are printed by the parish on card stock and placed in the missalettes—the parish can create a plan of action for promoting the Guidelines at liturgies where non-Catholics are expected to be present. For example, a regular announcement before Masses offered at Christmas, Easter, and for weddings and funerals can be to direct the congregation’s attention to the Guidelines and ask the congregation to read the Guidelines before the liturgy begins. For example:

Nota bene: The announcement suggested here (my own wording, which may be revised appropriately at the discretion of clergy) is not an open call to receive Communion, nor does it make assumptions about who is properly disposed to receive. It simply directs all present to read the Church’s guidelines for receiving Communion and to discern their own preparedness for reception. No assumptions are made about the personal religious convictions of those visiting, some of whom may either not be comfortable praying in common with Christians or may not even be theists (which is why the invitation to “personal reflection” is extended).
When the Church’s guidelines are not heeded
Despite all of these precautions, there may be times when someone who in not properly disposed to receive Communion receives Communion anyway. It is more likely that a layperson will notice this than will a member of the clergy.
Clergy have the authority to counsel people not to receive Communion; laypersons have the authority to make the guidelines for receiving Communion known. In a previous blog post, I offered these suggestions to laity concerned about the proper reception of Communion by non-practicing Catholics or non-Catholics:

Bottom line: We must accept that human persons have free will, and may freely choose to use it either positively or negatively. We can offer information. When we have the authority to do so, we can counsel accordingly. In a few individual cases, it may be that ecclesial authorities can take more drastic steps to protect the Blessed Sacrament from unworthy reception.
But there is only so much we can do to inform, counsel, and instruct. In the end, ultimate responsibility for worthy reception of Communion belongs to the individual communicant. We can trust that God knows that communicant’s mind and heart, and that he will respond to that person accordingly. 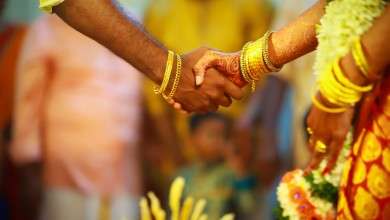 Lovers will always lie, here’s why 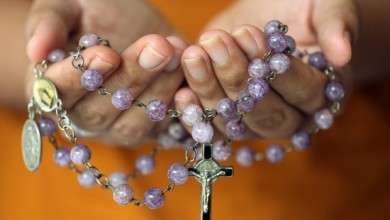 On June 23rd, you should have a bonfire party. Know why?