ROME — Pope Francis has once again been passed over for the Nobel Peace Prize; it went to a quartet of Tunisian organizations that held the country together when it was on the brink of civil war in 2013. But the obvious question is what difference it will make – to the pontiff personally, to the Vatican, and to Francis’ capacity to act as a ‘Peace Pope.’
With no disrespect to the Nobel committee, the most honest answer is probably that it makes precious little difference at all.
First of all, one purpose of bestowing such honors is generally to give a boost to someone trying to do good who may be struggling to find either the means or the visibility to carry forward their cause.
If there’s anyone on the planet who really doesn’t need help attracting interest, it’s probably Pope Francis, who, according to most surveys, is already one of the most easily recognized and beloved public figures in the world.
(Of course, at times it works the other way, with the Peace Prize seemingly almost a ratification of someone’s celebrity status rather than their actual accomplishments. Many saw the 2009 award to US President Barack Obama in that light. Francis doesn’t need that kind of affirmation either.)
Another side effect of winning the Nobel Prize is to transform someone into an acknowledged moral authority, with the political credibility and internationally recognized gravitas to be taken seriously.
ADVERTISEMENT
Being elected pope pretty much covers that one.
To use the language made famous by Harvard political scientist Joseph Nye, the Vatican is already the world’s most important “soft power,” the only major world religion with its own sovereign status and diplomatic corps. The Vatican has always aspired to be a voice of conscience in global affairs, and has an established bully pulpit with which to do so.
Moreover, a pope by definition is the leader of a global faith community with 1.2 billion followers scattered in every nook and cranny of the planet, and therefore someone whose social and political agenda is always going to be taken seriously.
On the other hand, one could argue that the pope winning the Nobel Prize would have marked something of a rapprochement with secular opinion, since for a long stretch of the John Paul II years there was an informal veto on honoring the pontiff because of Catholicism’s stands on controversial issues such as contraception.
Once again, however, Francis doesn’t really need an assist in that regard. He’s already become a phenomenon outside the Church, and is seen as someone open to dialogue even with people who reject some aspects of Catholic doctrine.
Finally, there’s also little evidence that Francis needs the Nobel committee to boost his effectiveness as a peacemaker.
Related
Pope Francis again a top contender for the Nobel Peace Prize
The pontiff has already paved the way for healing the Cold War tensions between the United States and Cuba, and he’s also revealed that he’s taken a personal interest in peace talks to end Colombia’s long-standing civil war, having spoken twice by phone to President Juan Manuel Santos.
Next month he’ll be in the Central African Republic, where he has the chance to help resolve that nation’s bloody conflict — in part, perhaps, by calling on Christian militias to stop carrying out reprisal attacks on the Muslim minority.
Francis has often said he believes there’s a Third World War being fought today in piecemeal fashion. He’s shown himself to be an effective piecemeal troubleshooter, hopping from one conflict zone to the next, either in person or at a distance.
Going forward, it’s likely that any time a new conflict erupts around the world, someone will suggest asking the pope to intervene. It’s hard to imagine that having a Nobel Prize on his résumé would give him credibility he otherwise couldn’t obtain – although, of course, it certainly wouldn’t hurt.
None of this is to suggest that were he eventually to win the award, Francis would spurn it impolitely. He’d be gracious, although on background, Vatican officials say it’s doubtful that he would travel to Oslo to accept. He generally declines such personal honors, and would donate any prize money to charity.
In any event, in the pontiff’s case, winning the Nobel Peace Prize would be less about opening new doors than about recognizing those through which he’s already walked.
Perhaps the real impact of seeing the Nobel Peace Prize go to Francis would be less on the pope himself or the institution he leads, and more on the rest of the world.
It would be a potent reminder that even in a highly secular age in which institutional religion appears to be in decline, a pope skilled at deploying his spiritual and moral authority — one who, to use the phrase made popular in the John Paul years, “knows how to pope” — can still change history.
By John L. Allen Jr.
http://www.cruxnow.com/church/2015/10/09/not-winning-the-nobel-wont-affect-francis-as-a-peace-pope/ 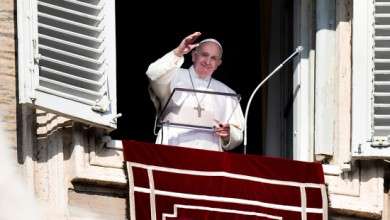 How a nun's home is helping girls freed from sex trafficking