The mosaic was discovered at an early Christian church near the Sea of Galilee.

At the site of a burned early Christian church with a view of the Sea of Galilee, archaeologists have uncovered a 1,600-year-old floor mosaic that could change what we know of the location where Jesus fed the 5,000, as documented in the Gospels. Although excavation of the ancient artwork is still underway, experts have identified figures in the piece that are congruent with the Gospels, including fish, loaves of bread, and baskets filled with both of these.

Located in Hippos-Sussita, as Ruth Schuster from Haaretz reports, the burned church and mosaic is the first major discovery of managing archaeologist Jessica Rentz, who is in her first season of excavation management. The colors of the tiles remain vivid thanks to protective layers of ash that were deposited when the church burned down.

In the nave of the church, the mosaic depicts two sets of three fish, but in the apse, there are merely two small fish, arranged to face each other, which Schuster notes is “the heraldic position.” Along with the fish, there are 12 baskets containing exactly five loaves of bread. In the Gospel of Matthew, chapter 14, it is recorded that remains of the meal were gathered in precisely 12 baskets.

As the feeding of the 5,000 is also known as the “miracle of the five loaves and two fish,” it would seem this Gospel passage is indeed the subject matter of this ancient ornamentation.

While the location of the miracle of the multiplication was not specified in the Gospels, tradition has held that it took place in Tabgha, across the lake from Hippos. However, with the discovery of this mosaic in Hippos, experts are questioning if Hippos was the real site after all. The site in Tabgha has a similar depiction of this miracle, however the artwork does not display the appropriate number of fish and bread.

Experts theorize that Hippos was the dominant Christian influence in the region during the Byzantine period. If this is true, then the mosaic could be assumed to be a tribute to the Gospels at a site overlooking the lake where the miracle took place, just as easily as it could be assumed to be a geographical marker noting the location of the event.

There are, however, a few discrepancies found in the Hippos mosaic, including the artistic depiction of fish, which were not native to the region. This could be because the artist was trained in a different region and just laid the tiles in patterns he was already familiar with. There is also no clear indication that the subject of the mosaic is the miracle of the multiplication. What little Greek lettering remains on the floor is horribly misspelled and suggests the area had already abandoned the language in the time that the mosaic was created.

In the end, we may never know exactly what the purpose of the mosaic was. Schuster notes that there is still some excavation left to be done on the site, which may lead to more clues. The excavation team plans to create a 3D model of the church using new technology to aid archaeologists in their task of piecing this historical puzzle back together. Dr. Michael Eisenberg, co-director of the Hippos-Sussita excavatio,n told Haaretz:

“We can’t know why these adornments and motifs were chosen,” he says. “They could convey deeper meaning beyond mere decoration or depiction. It can be hard to draw the line between where art ends and symbolism and religion begin.” 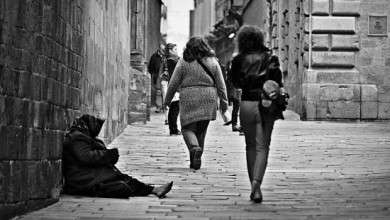 The Tight Purse Strings of Catholics 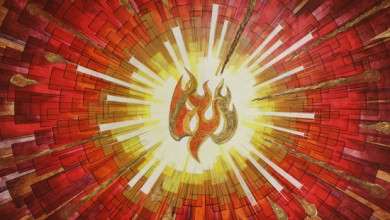