Thousands a day usually stop at the resting place of the Polish Pontiff to ask his prayers.

Pope John Paul II died April 2, 2005. On this 15th anniversary of his death, the Church in Italy has invited the faithful to pray the Rosary at 9 pm Rome time, and to conclude by asking the intercession of St. John Paul II for the end of the pandemic.

The tomb of the Polish pope, on the main floor of St. Peter’s Basilica, usually has many visitors — as many as 18,000 a day, according to calculations. Today, of course, there are no crowds kneeling to ask his intercession or pay their respects.

But the Vatican does give us a way to stop at the Holy Father’s tomb … at least virtually. At this link, a webcam streams an image of the tomb, which is updated every two minutes.

John Paul II’s tomb was moved to its current location after his beatification on May 2, 2011. It was taken from the crypt of St. Peter’s to the second chapel on the right side of the Basilica (facing the altar). His remains thus rest between the chapels of Michelangelo’s Pieta, and the Blessed Sacrament. 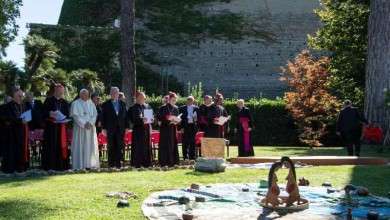 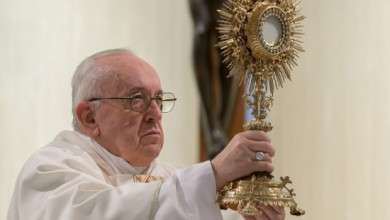 Pope will give special blessing on March 27, usually reserved for Christmas and Easter

Pope Francis' Catechesis for Week of Prayer for Christian Unity