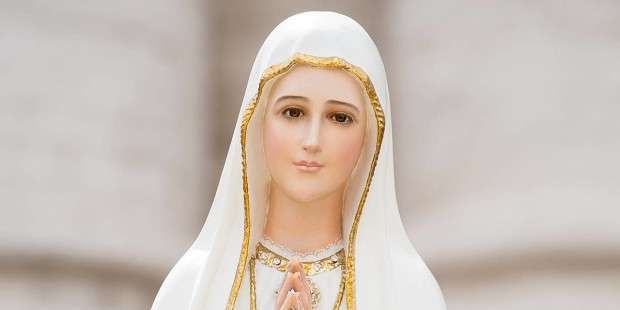 The Church learned valuable lessons from the Fatima apparitions that the world needs now.

May 13 is the feast day of Our Lady of Fatima. It celebrates the first of the apparitions of Mary to three Portuguese shepherd children in 1917.The Church learned valuable lessons from the Fatima apparitions that the world needs now.

Too often, Fatima makes me think of old newspaper clippings about the Miracle of the Sun, grainy photographs of frowning shepherd children next to a ramshackle house, and the holy card my Mexican grandmother had on her nightstand with her rosary.

But what happened in Fatima, Portugal, keeps asserting itself into the life of the Church.

Pope John Paul II thanked Our Lady of Fatima for sparing him from assassination in 1981; the Church released the “Third Secret” of Fatima in 2000; Pope Francis proposed the Fatima visionaries of models for the whole Church in 2017; and St. Jacinta Marto died in lockdown during the Spanish Flu pandemic of 1920 — exactly 100 years before the Covid-19 pandemic began locking down our world.

The truth is, God is outside of time, so when he allows heaven to break into our world, it is eternally relevant.

Lesson 2: Fidelity is greater than prosperity.

Our Lady came to shepherd children who lived in worse circumstances than we can imagine. Saints Francisco and Jacinta Marto and Lucia do Santos lived without central air (or modern sanitation), without proper medical care (penicillin hadn’t been invented) and in economic uncertainty (and political instability).

But when Our Lady came to them, she didn’t give them any of those things. Instead, she asked for them to pray the rosary every day, properly, and “bear all the sufferings God sends you — in atonement of the sins that offend him and for the conversion of sinners.”

Lesson 3: War is an image (and consequence) of sin.

On one terrible day in July, the shepherd children got a harsh lesson in the realities of life: Our Lady showed them what hell is like, and warned of a war if sinners don’t repent.

The fact is that human beings are made in the image and likeness of God, and when we disrespect each other (and ourselves) we disrespect God. Since sin breeds more sin in an escalating disaster, it isn’t long before sin bears fruit in terrible strife.

Damnation is the ultimate result of our opposition to God’s image — but we hear echoes of hell in all strife, including domestic violence and racial hatred.

Lesson 4: God longs for us.

When a mother sees children disrespecting their father and destroying the things he gave them, she should say exactly what Our Lady of Fatima said to the world in 1917. Their behavior isn’t just disobedience, it’s a heartbreaking rejection of love.

If God disliked us, he would shrug off our self-destruction. But he longs for our love, so his mother urges us to return to him.

“Children can change the world,” is a repeated motif in the Fatima Family Handbook I wrote for Holy Heroes. This is something children instinctively know, but which often leads to misplaced activism.

Children will not change the world by their policy advice, or peer pressure, or by the power of their own witness, however effective those might sometimes be. They will change the world by the “three Cs” of Fatima: Consoling God through prayer, Converting sinners through sacrifice, and Committing themselves to Jesus through Mary in the rosary.

In fact, the Fatima children have already reshaped the world this way. The prayer they added to the Rosary stopped the spread of communism, their example led generations of Catholics to offer things up for others, and they sparked a revolution of Marian consecration worldwide.

The feast of Our Lady of Fatima is on the Church calendar to remind us that their work isn’t done.