This feast invites us all to ask Mary for the protection of her beloved homeland.

The Feast of Our Lady of Palestine was established in 1927 by the Latin Patriarch of Jerusalem, Luigi Barlassina. His purpose was to ask Our Lady for her protection of Palestine and the Holy City of Jerusalem. This feast day was approved by the Holy See in 1933 and is celebrated every October 25. In the Apostolic Decree, the faithful were also asked to join in praying to the Virgin Mary for special protection for her native land.

The title “Our Lady of Palestine” seems to suggest that the feast is in honor of an apparition of the Blessed Mother. This is not the case. The origins of this feast date back to the First Crusade, which took place between the years 1095 and 1102.

The Holy Land has always been a sacred place for Christians, and there has always been a deep-seated desire to protect it. After all, this was the Holy Family’s “hometown.” This is where Jesus was born, grew up, worked, taught, suffered, died, was buried, and rose again.

Up until the 6th century, Christians and Jews, for the most part, lived peacefully together in the Holy Land. Islamic claims on the sites sacred to Jews, Christians, and then Muslims too, complicated the situation.

War between the Muslims and Christians continued off and on until the year 1229. That was when the Sixth Crusade, led by the Holy Roman Emperor, Frederick II, negotiated the return of Jerusalem and other Christian sites to the Crusader kingdom. It was also during this same year that the Franciscans established themselves in Jerusalem near the Fifth Station of Via Dolorosa (the “Way of Sorrow” — the traditional route that Jesus traveled when carrying His cross).

What about Our Lady of Palestine? Where does she fit into all of this? There are almost 1,500 years of war, intrigue, political upheaval, pain, suffering, and rejoicing in this part of the world we call the Holy Land, continuing up to today. Yet, as noted in the first paragraph, this Feast Day was not initiated until 1927, less than a century ago.

After the First Crusade, its leader, Godfrey de Bouillon, who liberated Jerusalem,  founded the Equestrian Order of the Holy Sepulchre of Jerusalem. The order’s purpose was to defend the Holy Sepulchre and support the Christian presence in the Holy Land. In 1291 the authority to bring new Knights into the Order was transferred to the Franciscan Custody of the Holy Land, which would become the highest Catholic authority in the region.

Christians did not emphasize Palestine as a political area as much as the homeland of Jesus and Mary. Who better than Mary to approach for comfort and protection? Our Lady of Palestine is so universally loved that the church built in her honor has angels painted on the ceiling, holding ribbons with the words “Ave Maria” in 280 different languages.

Today, the Equestrian Order is made up of faithful Christians from all over the world whose primary purpose is to support the Latin Patriarchate of Jerusalem and its Christian community. The order is governed by Canon Law, the dispositions of the Church, and the rules of its own Constitution.

The Shrine of Our Lady of Palestine is located midway between Jerusalem and Tel Aviv, in the Soreq Valley.  The front of the church has an inscription on it that reads “Reginae Palaestinae” (the Queen of Palestine). A statue of the Virgin Mary, stretching six meters (almost 20 feet) high, stands atop the church, looking out across the landscape. It represents Our Lady of Palestine watching over the Holy Land.

O Mary Immaculate, gracious Queen of Heaven and of Earth, behold us prostrate before thy exalted throne. Full of confidence in thy goodness and in thy boundless power, we beseech thee to turn a pitying glance upon Palestine, which, more than any other country, belongs to thee, since thou hast graced it with thy birth, thy virtues and thy sorrows, and from there hast given the Redeemer to the world.

Remember that there especially thou wast constituted our tender Mother, the dispenser of graces. Watch, therefore, with special protection over thy native country, dispel from it the shades of error, for it was there that the Son of Eternal Justice shone. Bring about the speedy fulfillment of the promise, which issued from the lips of thy Divine Son, that there should be one fold and one Shepherd.

Obtain for us all that we may serve the Lord in sanctity and justice during all the days of our life, so that, by the merits of Jesus and with thy motherly aid, we may pass at last from this earthly Jerusalem to the splendors of the heavenly one. Amen.

More information can be found here. 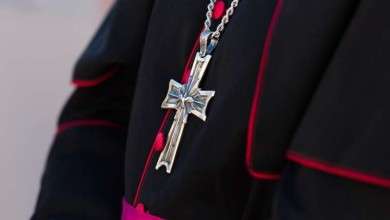 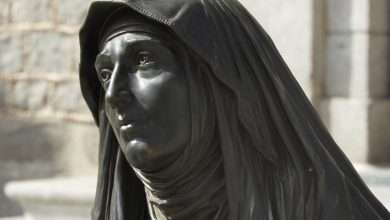 St. Teresa of Avila’s word to the depressed 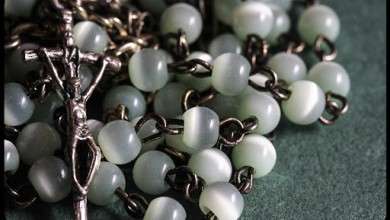