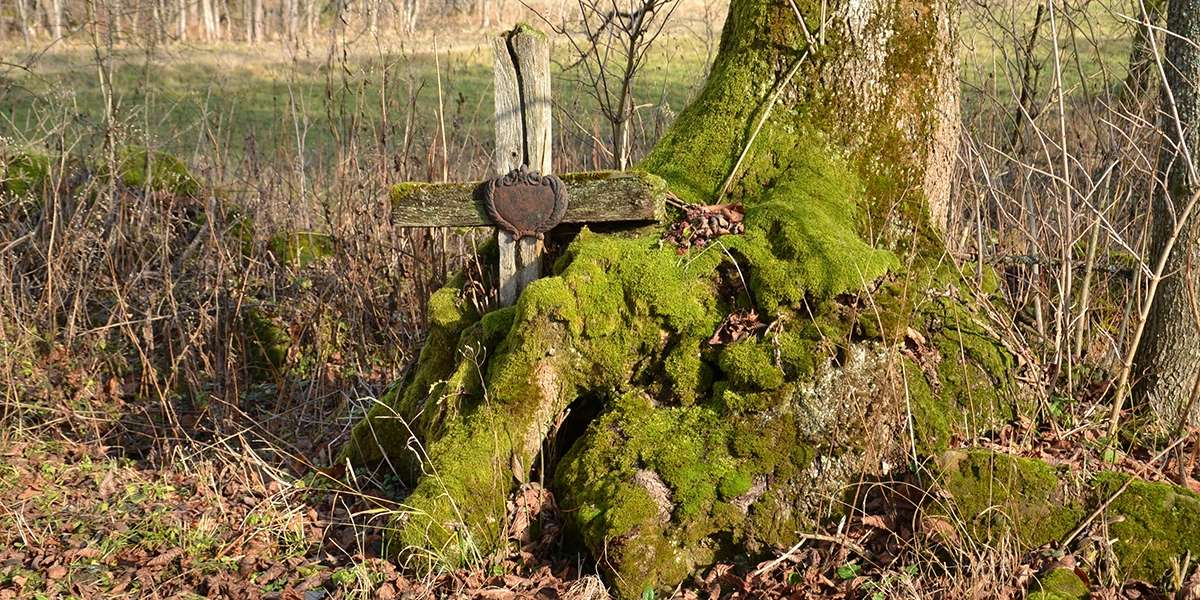 This unintentional work of art stands as a symbol of Christ’s unfailing presence in the world.

This statue of Jesus was discovered in an abandoned cemetery in the Polish town of Łupków. According to a report from The First News, Łupków is a ruined town that was largely abandoned after World War II. All that remains of the settlement is the foundations of the church and bell tower. Not too far away rests an overgrown cemetery, where this ghostly figure of Jesus peeks out of a tree.

A symbol of Laudato Si

As nature is wont to do, the vegetation has reclaimed the area and in the process has created a poignant symbol of Christ’s continued presence in our world. The result is a splendid piece of Christian art that would be perfect to adorn the cover of Pope Francis’ environmental encyclical “Laudato Si.”

A report from My Modern Met notes that the pose of the statue suggests that it was at one time the focal point of a crucifix. Christ’s arms are spread wide as though he is on the cross. His legs look pressed together, as though his feet are nailed over one another. There are no plans to remove the statue from the tree, meaning there is no way to confirm the pose. The cemetery contained several other grave markers that were similarly surrounded by foliage.

It is unknown what led to this statue of Jesus being placed within growing distance of the tree.