She is known as “She who saves the City”; also in this shrine are the remains of the Quattrochis, the first married couple beatified together

The Shrine of Our Lady of Divine Love (Santuario della Madonna del Divino Amore) is just south of Rome, about four miles along the Via Ardeatina and, unlike most other shrines, represents the story of everyday life.

The cardinal vicar of Rome has entrusted the intentions related to the Coronavirus to Our Lady of Divine Love. On March 11, a day of fasting and prayer in Italy for the victims, Cardinal Angelo De Donatis will celebrate Mass there, and a video message from the pope will be broadcast.

Who is Our Lady of Divine Love?

The devotion came about in the early 18th century. The story is about a wanderer heading to the Basilica of San Pietro. He heard fierce barking getting closer and closer.  He turned to see a pack of wild dogs bearing down on him. The man began looking around for an escape route. Looking up, he saw the icon of the Madonna and Child on a tower of the gatehouse of Castel di Leva. He began calling out to Our Lady and the Child for deliverance from the wild beasts.

Our dear Blessed Mother heard the cries of the traveler and interceded on his behalf. The dogs stopped dead in their tracks, turned, and ran off into the woods. A group of shepherds had been hurrying to the man, and they brought him to safety in Rome.

Word spread of the incident, and the following September, the painting was moved to La Falconiana, where a small church called St. Mary of the Magi (Santa Maria ad Magos) became the temporary home of the fresco. The miracle had been a clear example to all about salvation. The man was saved from the demons by Our Lady.

On Easter Monday, April 19, 1745, the icon of the Madonna and Child came back to its original home. Cardinal Carlo Rezzonico (later elected Pope Clement XIII) consecrated the church as Our Lady of Divine Love, and the fresco was placed over the main altar, which was very close to the tower where it had been during the miracle. The church became a site for pilgrimages from all over Europe. They even held night processions every Saturday during the summer, a tradition carried on to this day.

In 1870 the Papal State fell, and authorities seized church property. The property fell into decay from neglect, but the people kept coming. The devotion for Our Lady of Divine Love never diminished. The image received a canonical coronation on May 13, 1883.

The fresco was moved during World War II to the church of St. Ignatius, and Pope Pius XII and many pilgrims visited the Shrine to pray for Our Lady’s intercession, asking that Rome would be spared. On June 11, 1944, a vast crowd followed Pope Pius to the image of the Virgin, praying before the fresco for the protection of Rome during the final battle for the city, which led to its liberation from German occupation.

A few days after the Allied entry into the city, Pius XII gave the image the title Salvatrice dell’Urbe, meaning “She who saves the city.”

In 1962, the Oblate Priests were founded, and they still serve the Shrine. A new church, finished in 1999, was tied in with the old church and was dedicated by Pope St. John Paul II on July 4 of that year. The chapel accommodates up to 1,500 people, and behind it is a staircase that leads down to the gate tower where the miracle occurred in 1740.

Pope Francis visited the Shrine on May 1, 2018, to pray the Rosary marking May as Mary’s month.

The miraculous fresco is enshrined above the altar. In the crypt below are the remains of the only married couple ever beatified together, Blessed Luigi Beltrame Quattrochi and Blessed Maria Corsini Quattrocchi. Luigi passed on in 1951 and she passed on in 1965. Pope John Paul II beatified them on October 21, 2001. Their feast day is November 25, their wedding anniversary.

See images of the shrine in this video (audio in Spanish): Salvadora de la Urbe 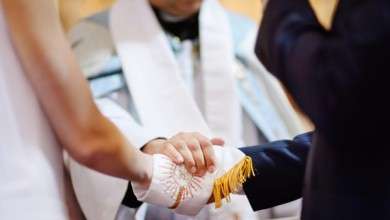 3 Ways to Unleash the Spiritual Power of Your Marriage 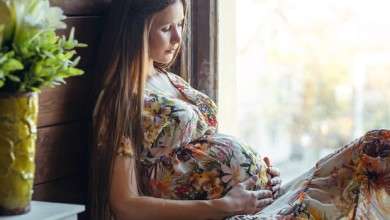 Pregnant and discouraged? St. Francis de Sales has beautiful words for you

The Church and the Native Americans 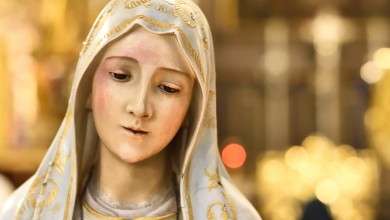