VATICAN CITY — Let us not resist the Holy Spirit, but welcome God’s Word with docility.This was Pope Francis’ message this morning at Holy Mass, in the chapel of his residence at Santa Marta. Goodness, peace and self-control, he said, are the fruit of those who receive the Word and keep it.

This morning, the Mass was offered for the religious sisters who work at Santa Marta, and who today are celebrating the feast day of their foundress, St. Luisa di Marillac.

Expanding on the theme of Monday’s homily, the pope reflected on the early Christians’ docility and openness to the Holy Spirit against the backdrop of the first Christian persecutions.

In these past days we have talked about resistance to the Holy Spirit, for which St. Stephen rebuked the doctors of the law, Pope Francis said. Today, he added, the Readings speak to us of the opposite attitude, i.e. “docility towards the Holy Spirit.”

After the martyrdom of Stephen, a great persecution broke out in Jerusalem. Only the Apostles remained, Pope Francis said, while the “believers,” the “laity” fled to Cyprus, Phoenicia and Antioch. As the Acts of the Apostles notes, he said, the Apostles were proclaiming the word only to the Jews. Some in Antioch, however, began to proclaim Jesus Christ also to the Greeks, “to the pagans,” because they felt the Holy Spirit prompting them to do so. “They were docile,” Pope Francis said. “They were lay people who heralded the Word, after the persecution, because they possessed this docility to the Holy Spirit.”

In the first chapter of his letter, the Apostle James exhorts us to “welcome the Word with docility,” the pope continued. We therefore need to be open — “not rigid” — he said. The first step in the journey of docility is therefore “to welcome the Word,” i.e. to “open one’s heart.”

The second step, Pope Francis said, is “to know the Word,” and “to know Jesus” who says: “My sheep listen to my voice and I know them and they follow me.” They know him because they are docile to the Holy Spirit.

The third step, he said is “familiarity with the Word”:

This is the style which docility to the Holy Spirit gives to life, Pope Francis continued:

“But I have to receive the Spirit who leads me to the Word with docility, and this docility — not resisting the Spirit – leads me to this new way of living, to this way of acting. Receiving the Word with docility, knowing the Word and asking the Spirit for the grace to make it known, and then giving space for this seed to sprout and grow in those attitudes of goodness, meekness, benevolence, peace, charity, self-control: all of this belongs to a Christian lifestyle.”

When the news reached Jerusalem that people from Cyprus and Cyrene were proclaiming the Word to the pagans in Antioch, they were somewhat shocked and sent Barnabas, to ask why they were preaching the word to the uncircumcised, and why it was not the Apostles preaching but “these people who we don’t know,” Pope Francis said.

“It is beautiful,” he noted, that when Barnabas reached Antioch and saw “the grace of God,” he rejoiced and exhorted them to “remain resolute at heart, faithful to the Lord,” because he was a man “filled with the Holy Spirit”:

Pope Francis concluded, noting “a bit outside of the theme of the homily,” that “we received our surname in Antioch,” since “it was there that the disciples were first called Christians.”

As the cross is lifted high, we must bring ourselves low, Pope says 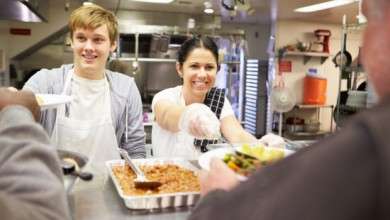 How to be a more loving person during Lent

How a Muslim Found Yesus Kristus 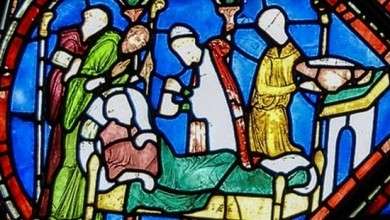 A brief litany to restore health to the sick