Pope Francis presided over celebrations marking 50 years since the establishment of the Synod of Bishops, in which he reflected on the role of the synod in fulfilling our call as disciples to be servants.
“Never forget! For disciples of Jesus, yesterday and today, the only authority is the authority of service; the only power is the power of the Cross,” the Pope said Saturday to the Synod fathers gathered in the Vatican’s Paul VI hall.
Citing Matthew’s Gospel in which Jesus says “whoever would be great among you must be your servant, and whoever would be first among you must be your slave,” the Pope added:
“You shall not be so: In this expression we arrive at the heart of the mystery of the Church, and we receive the light needed to understand the hierarchical service.
Pope Francis was speaking on the occasion of the 50th anniversary of the Synod of Bishops, established September 15, 1965 under the pontificate of Paul VI at the close of the Vatican II council. Since its establishment, there have been fourteen ordinary general synods, and three extraordinary synods.
This year’s Synod on the Family, which runs from Oct. 4-25, is the second and larger of two such gatherings to take place in the course of a year. Like its 2014 precursor, the focus of the 2015 Synod of Bishops is the family, this time with the theme: “The vocation and mission of the family in the Church and the modern world.”
Over the course of his Oct. 17 address, the Pope spoke on the nature of “synodality” within the context of the Church’s mission.
“The world in which we live, and which we are called to love and serve even in its contradictions, the church requires the strengthening of synergies in all areas of her mission. The journey of synodality is the journey which God expects from the Church in the third millenium.”
Pope Francis observed that the concept of lay persons, pastors, and the bishop of Rome journeying together is an “easy concept” to express, but less so to put into practice.
He spoke of the establishment of the dual synods on the family over the course of a year, and whether or not it is possible to examine this theme without input from families.
“But, how is it possible to speak on the family without consulting families, listening to their joys and hopes, their sufferings and agonies?”
This was made possible, he said, by the questionnaires sent to the particular Church in order to consult these families.
Pope Francis went on to explain the importance of reciprocal listening within a synodal Church, explaining that listening is “more than feeling,” citing the Vatican II document Gaudium et Spes.
“It is a reciprocal listening in which everyone has something to learn,” be they the faithful, the college of bishops, or the bishop of Rome himself.
“The Synod of Bishops is the point of convergence of this dynamism of listening conducted at all levels in the life of the Church.”
Pope Francis added: “Through the Synod fathers, bishops act as authentic stewards, interpreters and witnesses of faith of the entire Church, who must be able to carefully distinguish the frequently changing public opinion.”
Here, the Pope cited his words at the vigil held before the Synod, in which he reminded the synod fathers of the gift of listening to God in order to do his will.
That the Synod always acts both cum Petro et sub Petro (both with Peter and under Peter), “is not a limitation of freedom, but a guarantee of unity,” the Pope said.
Citing the concept of “ierarchica communio” (hierarchical communion) adopted during Vatican II, he explained: “Bishops are joined with the Bishop of Rome by the bond of episcopal communion (cum Petro) and are at the same time are hierarchically subject to him who is the Head of the College (sub Petro).”
“Synodality, as a constitutive dimension of the Church, offers us the most appropriate interpretive framework for understanding the same hierarchical ministry,” he said.
The Pope went on to explained how Jesus established the Church with the Apostolic College as its head, and Peter – the “rock” – serving as its base. He used the example of an “inverted pyramid,” with the summit being at the base.
Pope Francis elaborated on the pontiff’s place within the synodal Church.
“The Pope is not, by himself, above the Church; but (he is) within it as a baptized person among the baptized, and within the episcopal college as a bishop among bishops, called to at the same time – as the successor of the Apostle Peter – to guide the Church of Rome, which presides in love over all the Church.”
Pope Francis concluded: “As a Church which ‘walks together’ with men, participating in the travails of history, cultivating the dream which is the rediscovery of the inviolable dignity of peoples and the function of authoritative service, can help even civil society establish itself, in justice and fraternity, generating a more beautiful world (which is) more worthy of man for generations which come after us.”
Update 10/18/15: This story previously ran with the headline, “Pope Francis: A disciple’s only power is the Cross.”
By Ann Schneible
http://www.catholicnewsagency.com/news/pope-francis-a-disciples-only-power-is-the-cross-35970/ 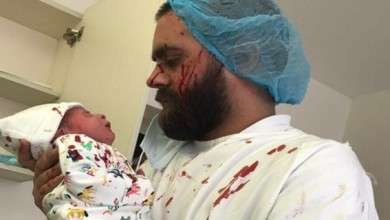 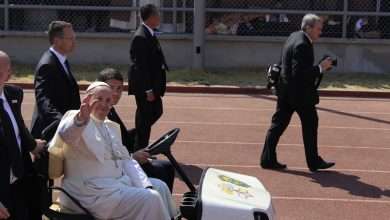