Reconciliation between Catholics and Anglicans: The Remains of Thomas Becket to return to Canterbury

Italian priest asked to leave town after remarks on pedophilia 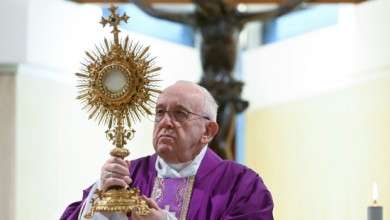 Pope offers Mass for those ‘not succeeding in coping’