The UK-based animal welfare charity PETA has named Pope Francis as her Person of the Year.
PETA explained that Pope Francis’ ability to ask about 1.2 billion Catholics and other citizens of the world to “respect the environment and treat animals with kindness,” was what made the Pope the number one person of PETA.
Ingrid Newkirk, the PETA managing director said: “Pope Francis spread the message of kindness to all, regardless of their religion or species.”
Pope Francis in his encyclical, Laudato Si’, released earlier this year, the Holy Father said:

“Every act of cruelty towards any creature is ‘contrary to human dignity’… We are not God. We must forcefully reject the notion that our being created in God’s image and given dominion over the Earth justifies absolute domination over other creatures”.

TERRORIST plows though Christmas market, killing up to a dozen people

Security to be tightened at Lourdes for feast of the Assumption 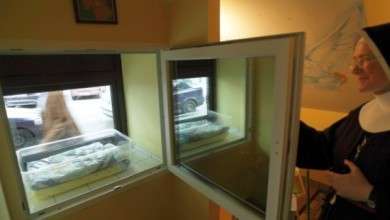