Before being elected the successor of Saint Peter, Pope Francis was Cardinal Jorge Mario Bergoglio, archbishop of Buenos Aires, Argentina. And before that title, Cardinal Bergoglio was a simple bishop, first consecrated when he was appointed auxiliary bishop of Buenos Aires in 1992.
When he was consecrated a bishop he chose as his motto, Miserando atque eligendo, meaning “lowly but chosen,” though translated literally it means “by having mercy, by choosing him.”
According to Vatican Radio, the phrase he chose when he was first consecrated a bishop “is taken from the homilies of the Venerable Bede on Saint Matthew’s Gospel relating to his vocation: ‘Jesus saw the tax collector and by having mercy chose him as an Apostle saying to him: Follow me.’ This homily, which focuses on divine mercy and is reproduced in the Liturgy of the Hours on the Feast of Saint Matthew, has taken on special significance in the pope’s life and spiritual journey. In fact it was on the Feast of Saint Matthew in 1953 that a young 17-year-old Jorge Bergoglio was touched by the mercy of God and felt the call to religious life in the footsteps of Saint Ignatius of Loyola.”
A bishop is one who is entrusted with the care of a local region, called a “diocese” or “archdiocese.” The term comes from the Greek word, epískopos, or “overseer.” A bishop has a special position in the Church as a successor of the apostles. They are often referred to as “shepherds” and this is the chief reason why bishops carry a crosier (shepherd’s crook) in their liturgical celebrations.
Pope Francis has frequently talked about the role of bishops in the life of the Church and reflects his view of the episcopate. He explained in a homily at an episcopal ordination, “it is Christ who, through the ministry of the bishop, continues to preach the Gospel of salvation and to sanctify believers by means of the sacraments of faith. It is Christ who, through the paternal role of the bishop, draws new members to his body which is the Church. It is Christ who, in the wisdom and prudence of the bishop, guides the People of God along their pilgrimage here on earth until at last they reach eternal bliss.”
He further exhorted the bishop to be consecrated, “With your heart, love with a fatherly and brotherly love all those whom God entrusts to you: as I said, first the presbyters, deacons and seminarians; but also the poor, the defenseless and those in need of acceptance and help. Exhort the faithful to cooperate in the apostolic commitment and listen to them willingly and patiently: often a great deal of patience is required … but the Kingdom of God is made in this way.”
Tied to a bishop’s mission, Pope Francis believes, they must be heralds of God’s mercy. “I ask you as a brother [bishop] to be merciful. The Church and the world need so much mercy. Teach the presbyters and seminarians the way of mercy.”
So on this anniversary of Pope Francis’ consecration as a bishop, let us pray for him and all bishops, that they may be beacons of mercy, good shepherds who lead their people forward on the pilgrimage to Heaven. 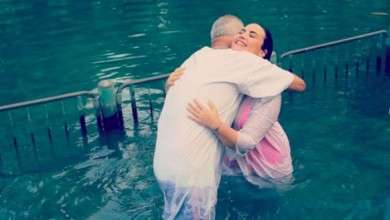 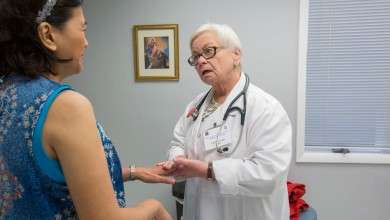 From evil to good, an abortion clinic is converted to care for the uninsured